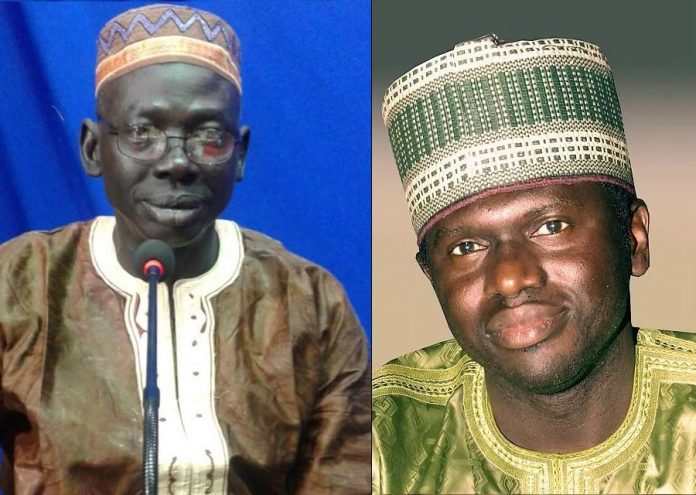 Former Information Minister Sheriff Bojang has refuted claims by radio broadcaster Sarjo Barrow that during the 2016 political impasse he ordered Mr Barrow to go on television and announce that President Jammeh would not be standing down.

Earlier this week Mr Barrow told Westfield-based Senn FM that he never belittles a sitting president and that even though Yahya Jammeh was a dictator, he never discountenanced news about him.

He stated: “No news ever comes to me and because I do not like it, I distort it. I broadcast the news as I see it…During the impasse, when Yahya Jammeh refused to relinquish power I was the one they came to pick. The then minister of Information – he is alive – Sheriff Bojang.

They picked me up from my house in Brusubi at night. They told me to go and read the text of Yahya Jammeh’s statement on the television and radio. That day I was at the television till 2am. Sheriff Bojang was sitting, I did the translation till it ended.

He told me ‘If the big man hears this, he will like it’. While I was reading it, between me Allah and His Messenger, I was greatly perturbed because I knew it was going to create a big problem; a problem that would transcend The Gambia’s frontiers.

I knew the words I was reading had dire connotations and could inimically affect the state. But [the government] knew I would deliver and deliver I did to the extent that when Sheriff Bojang was returning me to my house, he gave me D1,000…”

Refutal
In his reaction, Mr Bojang himself a veteran journalist and the proprietor of The Standard newspaper said: “On the night of 25 October 2016, at about 8.30pm I was summoned to the Office of the President by then secretary to the cabinet, Mrs Adama Ngum-Njie at the behest of President Jammeh to read a statement he had prepared on the television.

It was about his decision to remove the country from the International Criminal Court.

After I broadcast it in English, translations followed in the Gambian languages. On my way home, the president called to register his dissatisfaction with the translation in Mandinka.

So I had to go back and together with the TV programmes director Baboucarr Senghore we decided to summon Mr Barrow to come and redo it.

He came and after a couple of takes, we were satisfied. I personally drove him back to his home as it was about 11pm and gave him D1,000 for his troubles.

“I had at no time ever summoned him or anyone to go on the radio or TV to announce that President Jammeh would not give up power.

The last time I saw or spoke with Mr Barrow was almost 75 days before the political impasse.

As a matter of fact, from the moment I knew definitively that President Jammeh had lost the election, I always encouraged him to accept the results and step down.

Both himself and Lady Zineb came before us and accepted the results as the decree of Allah and we gave him a standing ovation.

I was by his side when he called President-elect Barrow to congratulate him.

To my great disappointment, he changed his mind after the IEC faux pas and tactless statements and actions by some members of coalition and the prompting of certain selfish individuals around him.

I and some of my cabinet colleagues tried to reason with him to no avail.

In the end I even boycotted cabinet. It got so bad that the president himself called me twice one night and threatened me. The following day, I wrote my resignation letter urging him to step down, dropped it at State House gate and left town.

I came to build tremendous appreciation for some of the things President Jammeh did while I served under him in cabinet, but I couldn’t be part of a campaign to subvert the expressed, sovereign will of Gambians as demonstrated at the 2016 polls.

Sarjo Barrow got it all wrong. Probably the hunger from fasting ‘foggied’ his recollections. I just want to set the record straight.”