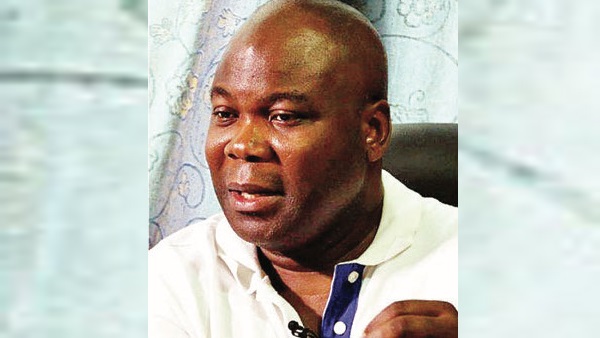 Liberian journalist and author Rodney D Sieh, who scored the first interview with former dictator Yahya Jammeh after the July 21st 1994 coup d’etat which ended the reign of former President Sir Dawda Jawara, is back in The Gambia, 25 years after he was forced out by Jammeh.

Mr Sieh arrived in Banjul Saturday and while here will hold a series of discussions with stakeholders, including the Truth and Reconciliation Commission, university and high-school students to share some of his experience covering Jammeh and the AFPRC.
While in Banjul, the journalist will also be promoting his book, Journalist On Trial, a memoir documenting his experience as a journalist which includes his stint in the Gambia and coverage of the post-Jammeh takeover during which his reporting unearthed some of the early missteps of the AFPRC rule.

Mr Sieh said of his book: “It is the captivating story of not just me but the story of virtually every journalist. I could not have written my story without my experiences in The Gambia and the Jammeh era. I recall vividly the death of my friend Deyda Hydara and his ordeal running his newspaper, The Point under Jammeh,” Mr. Sieh told The Standard Sunday.
This is Mr Sieh’s first visit to The Gambia since fleeing into exile in November 1994.
“The Gambia was home to me from 1992 to 1994 when I fled the brutal civil war in my homeland, Liberia. Coming back here brings me fond memories of some of the most turbulent periods of my career,” Mr Sieh declared.
The journalist said he’s looking forward to sharing his experiences with a new generation of journalists in the new Gambia.

“I’ve been impressed by the level of improvements in the media here, since my uncle Kenneth Best and we were forced out. The Daily Observer paved the way for so many journalists here, including myself,” he lamented.

Mr Sieh added: “Jammeh’s removal at the ballot box sent a clear message to the world that Africans are fed up with dictatorships, corrupt governments and leaders who feel they can rule with iron fists. Those days are long gone, they need to get a grip of the unfolding realities.”

As a reporter in The Gambia for both his uncle Kenneth Best’s Daily Observer newspaper and the BBC, his coverage about the deaths and disappearances that followed Yahya Jammeh’s coup d’état on July 22nd, 1994, forced him into exile to UK and later the US where he would start the online FrontPageAfrica newspaper.

Mr Sieh returned to Liberia in 2007 to launch the print edition of FrontPageAfrica and in 2013, was sentenced to 5,000 years in imprisonment on a trumped-up libel charge and served three-months of that sentence. His release was triggered by an international outcry which highlighted the continuing existence of criminal libel statutes in Africa where politicians use the courts to intimidate and silence the media from exposing their corruption.

His jailing brought pressure from journalists with the New York Times, BBC, Toronto Star, Globe & Mail and others in the global journalist rights community to win his release. His work landed him among Reporters Without Borders’ Information Heroes of 2014.