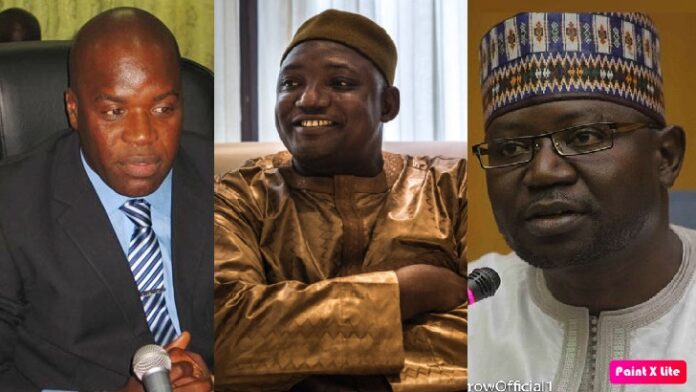 In the wake of the recent request by the Gambia government for the West African troops, Ecomig, to stay until 2021, The Standard has been talking to security experts and politicians about the matter. President Adama Barrow on Monday requested from Ecowas for the continued presence of the sub-regional forces in the country until 2021 citing the work on the security sector reform among other things as justification.

However, a former senior Gambian army officer has argued that the country cannot continue to outsource its national security to foreign troops longer than necessary.

Sheriff Gomez, a former adjutant told The Standard that the country should instead quickly with solid commitment, urgency and political will mobilize the required resources and invest it “on the trajectory that will make sure the presence of foreign boots remaining on our soil is as short as possible.”

He added that such a measure should include “quick and incisive short to medium term restructuring, downsizing and indeed resizing of the security services.

“The strategic end result, in this quick and incisive exercise will enable us quickly get back into our nation’s security boots and be able to reassure and demonstrate to our citizenry as well as the community of nations that our security services are able to take care of the security of their country. It is my considered opinion, based on my career background and training, that the dilemma the country/government is facing, by having to extend ECOMIG stay always, is partly self-inflicted. Our problem is demonstratively internal and we have to be bold enough to deal with it from this perspective. The sooner we start, with the requisite leadership – at all levels, the attendant commitment, political will and urgency, the quicker we will put an end to this costly and unnecessary cycle of Ecomig extension,” Gomez said.

He added: “There is necessarily the need to rebuild a new Armed Forces in particular and Security Services in general by whittling down the current size to a bare 30-25 percent. It is common knowledge that because most in the security service, across all levels/echelons may become affected by this reform strategy implementation exercise, it is therefore only reasonable that the security services cannot lead or allowed the prerogative to advise or influence its outcome, for obvious conflict of interest.”

Meanwhile another former experienced senior security chief, who begged for anonymity said the fact that the Barrow administration’s security sector reform agenda has failed woefully, the Ecomig forces will have to stay for longer than necessary.

“If they had done a proper security sector reform, we would not have Ecomig by now and people who confessed to torture at the TRRC would not be still serving. There are lot of Yahya Jammeh loyalists who are all around there. What proof do we have that they have changed? No country wants foreign forces. They have enough Gambians, but they have not chosen the right Gambians to drive the reform. Instead they have put people who were Jammeh enablers to lead the reform which is not going to be successful. The security adviser was with Jammeh until the time of the impasse – the guy has worked most of his life under an authoritarian regime. He doesn’t have the intellectual capacity to drive reforms within a democratic set up,” the ex-police officer told The Standard.

He said the reinstatement of another former police chief shows that the country’s reforms have not gained tangible results. “No serious country would bring back a former IGP and make him a police commissioner. If you want to bring him back, you can make him an adviser or give him another role. You cannot have people who have done bad things and you left them there – they can overthrow the government again and you know Ecowas is not serious – look at Mali. Initially they said they have to reinstate the president and now they are agreeing on a transition. Now you have all those officers who were moulded by Jammeh and given ranks that are not deserving in any serious military. Those guys if there are no foreign forces, they can overthrow the government. We have a ticking time bomb. It is a dangerous thing. The only thing saving us now is that no soldier is mad to attempt a coup because if you do it, the Senegalese forces are guarding Barrow – if you attack them, the Senegalese army will come and take you out,” the anonymous former senior security official said.

He said the government should have reached out to non-tainted former officers both within and outside The Gambia to spearhead the reforms.

Meanwhile, the Gambia Moral Congress leader Mai Fatty when contacted on the recent request by the president for Ecomig to stay, said:

“The request of the State for the continuous presence of Ecomig suggests that the government does not have confidence in the ability of Gambian armed and security forces to take over national security duties. Since that appears to be the assessment, it means the Security Sector Reform SSR process has not yet succeeded. Under these circumstances, I would support the decision for Ecomig to stay. What is incomprehensible is the apparent lack of commitment to push the SSR to completion despite heavy funding from EU. However, it is an established fact that any nation that relies on foreign forces for its national security requirements, is not truly sovereign”.