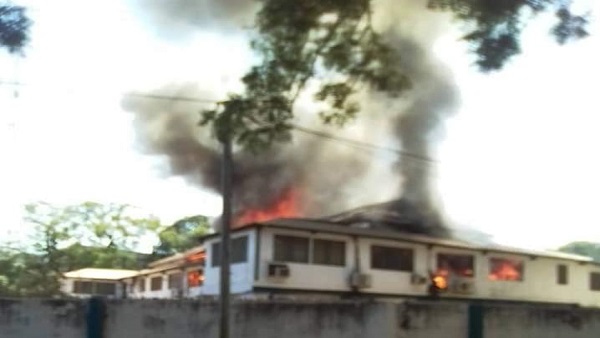 Following a massive fire outbreak at the fisheries ministry complex recently, the European Union delegation to the Gambia has announced a D50 million grant to help rebuild the ministry.

Emmanuel Bercu, European Commission fisheries department expressed sympathy over the incident, promising full support to the fisheries ministry and the Gambian people.
Mr Bercu was speaking at the first joint committee meeting yesterday under the sustainable fisheries partnership agreement and protocol between the European Union and The Gambia.

“Though there are things that can’t be replaced which is regretted but I hope that it can be rebuilt to recover the history of the ministry,” Mr Bercu said.

He said rebuilding the structure of the ministry is important to the Gambian people.
“We don’t want to jump into any conclusion for now since we are working as a team with the highest authorities of the fisheries ministry to see where we have to put the emphasis on, but I believe that we have the partnership and we have to look at the sustainable management of the system and shortly, the restructuring will be done,” he told journalists.
He further noted that resource management, enhancing of sanitary conditions, monitoring controlling surveillance (NCS) are part of the issues that need to be discussed in the whole process. He said the EU want The Gambia to have the capacity to monitor activities on the waters nationally and internationally.

James Gomez, fisheries minister, said: “We think the fire was caused by an electric socket but we are not completely sure. Investigations are underway and by next week, we will be able to get the report,” he assured.