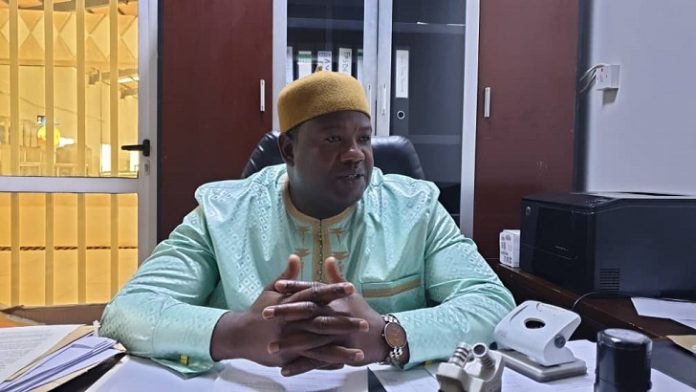 Business tycoon, Abubacar Jawara, has denied having any connection with Banta Keita who is wanted over the two tons of cocaine seized at the Banjul port last month.

Jawara also announced he has instructed his attorneys to commence legal action against ‘key’ individuals most responsible for defaming him.

The 118 bags of cocaine were discovered last month during a search of a container shipped from the port of Guayaquil in Ecuador and through Algeciras in Spain.

It was not clear where the cocaine was ultimately heading to.

Since the seizure, speculations have been going around that the likes of Abubacar Jawara and Sillabah Samateh, who are perceived to be close to President Adama Barrow, might have an idea about the Gambian-French national, who allegedly smuggled the drugs into the country.

Sillabah has since denied having any knowledge about the seized cocaine or its owner.

Also denying knowledge of the seized cocaine in a statement shared with The Standard, the GACH boss said: “My attention has been drawn to a number of libelous social media posts, news website articles and slanderous voice notes being propagated by a number of individuals purportedly linking me to one Banta Keita and to the recent drug seizure at the Banjul port.”

“These posts which are similar in nature and appeared coordinated have negatively impacted my family, my reputation and my business. It is baffling how individuals without any proof whatsoever will choose to spread such damaging falsehoods. These statements are pure conjecture and the individuals spreading them know or have cause to know that the information is not true,” Jawara said.

He added: “To be clear, I do not know the said Banta Keita, I have never met him and at no point have I been associated with him. Furthermore, I have no connection to the drugs alleged to have been imported into the country and discovered on the 8th of January 2021. The above statements by these individuals are not only unfounded and untrue but are pure machinations aimed at causing damage to my reputation. For a number of years now I have been the subject of social media fabrications aimed at damaging my reputation.”

“I have for so long remained silent and taken the high road but this has to end at some point. The freedom of speech we have gained by virtue of this new found democracy should be used to build and develop this nation rather than for peddling unfounded and damaging stories without a care for the real people these stories hurt,” he said.