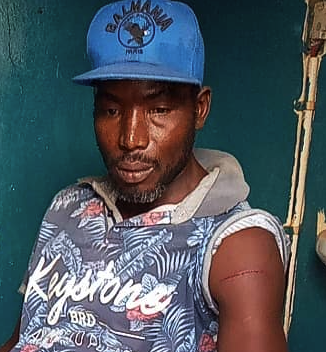 The Gambia Armed Forces spokesperson, Major Lamin Sanyang, has confirmed to The Standard that the military had intervened in an  incident involving Senegalese forestry officers in Gambisara.

He however said the Senegalese forestry officers had already left before the Gambian military arrived at the scene.

The police have reportedly opened an investigation into the matter but when contacted for confirmation, the police spokesperson Superintendent Lamin Njie asked for time to verify from his men in Basse.

Saikou Jobarteh, a native of Gambisara village in Jimara, Upper River Region, was reportedly stabbed in the hand by Senegalese forestry officials who were chasing loggers in the Serahuleh border settlement.

According to a timber dealer and native of Gambisara, Suntu Touray, the incident happened on Wednesday evening January 12.

He alleged that the Senegalese forestry officers attacked loggers in the outskirt of Gambisara, firing gunshots in the air.

“I was not in the village when they came but the moment I received a call from the boys, I rushed there. I saw them shooting in the air on three occasions in an attempt to chase us away but we refused to run; instead, we chased them back and they ran away. So it was during that time that they stabbed one of our workers (Saikou Jobarteh) who was later rushed to the hospital,” Touray said in an audio shared with The Standard.

The furious Touray appealed to the government to immediately intervene and stop the disrespectful act of Senegalese security forces.

“It is very difficult for us to even fetch firewood in our forest now – whatever you cut they will chase you and take it from you,” he said.

In March this year, one Sulayman Trawally, a native of Garawol Kuta village in URR, was reportedly shot in the hand by the Senegalese gendarmerie.

In the same year, a Senegalese magistrates’ court in Ziguinchor, had also remanded a sixteen-year-old Gambian, who was arrested with his brother for alleged illegal fishing in Senegalese waters.