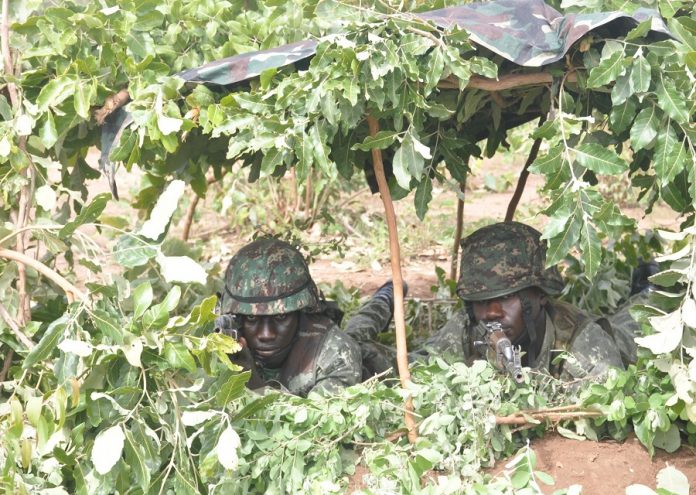 The Gambia Armed Forces has deployed troops to Kerr Pateh to tackle the spate of armed robberies in the North Bank Region.
The past few weeks have seen reports of armed robbers mostly believed to be from Senegal. In June this year, the village came under a violent armed attack by some criminals and a considerable amount of money and other items were looted from innocent businessmen.

“This community incident is symptomatic of a series of periodic armed robberies that occur in villages particularly along the Gambia-Senegal porous border. According to reports, these armed robbers use pick-ups and horse carts as mode of transport to launch attacks and cross the border back into Senegal,” the army said in a statement yesterday.

“In response to a request by civil authority to deploy our personnel in Kerr Pateh, GAF launched operation FOX HUNT to defend and protect lives and properties of Gambians in this area of the border. The Gambia National Army has been tasked to deploy troops to the area and to conduct vigorous patrols within the general area of Kerr Pateh in order to completely deter the armed robbers from harassing members of the community; and to allow economic and social activities to thrive without hindrance,” the army statement added.

The army solicits the cooperation of the public especially residents in the area in sharing vital information that could help troops and other security forces to act swiftly and contain any incident that may pose a threat to lives and properties.