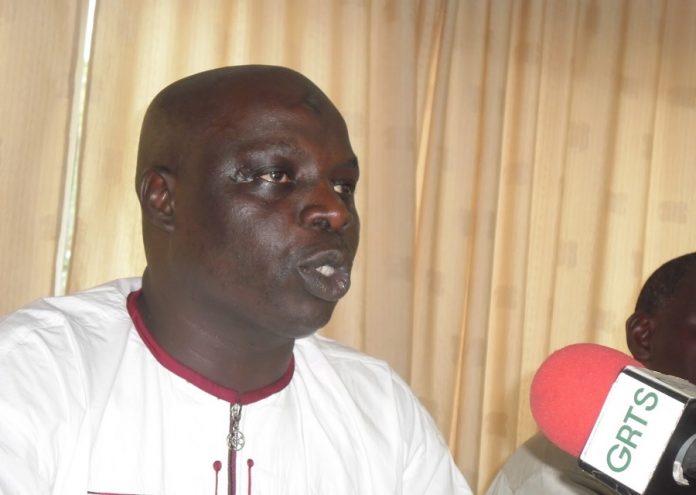 The Ministry of Health last evening revealed that another man, 71, has tested positive for Covid-19 at MRCG.
It is the third case in The Gambia.

In a statement delivered at a press conference yesterday, the Ministry’s director of health promotion Modou Njai explained: “The 71-year-old arrived in The Gambia from France on 17 March at 13:31hrs by TUI Ark fly (TFL458) and travelled to Numuyel. Fifty-nine passengers were onboard the flight”.

“Manifestation of symptoms began on the 20th March 2020. He first reported to the OPD of Basse District Hospital with symptoms such as abdominal and chest pain in the early hours of the 21st of March 2020. He was escorted to the hospital by 2 escorts who brought him on a motorcycle. He initially resisted sample collection. His sample was collected after the intervention of the PIU and sent to MRCG for testing on the 22nd March and positive test results were confirmed last Monday,” Njai told journalists.

He revealed that the nineteen people who came in close contacts with the second confirmed case of a Bangladeshi national, together with six other health workers, are under quarantine.
Njai revealed that the negative test results stand at nineteen and tracing of index cases is still ongoing.

State of emergency
Asked if the country is planning to declare a state of emergency anytime soon, Njai replied: “State of emergency, I know you people will be making reference to Senegal, but how many cases do they have? Now we are saying one of the strategies is to close borders and suspension of gatherings. That has been done”.

Good news
The International Monetary Fund yesterday disbursed US$6.7 million to help The Gambia deal with the challenges posed by the coronavirus disease (COVID-19) pandemic.
The executive board of the IMF has also approved a thirty-nine-month Extended Credit Facility arrangement for The Gambia in the amount of US$47.1 million, or 56.3 percent of the country’s quota in the Fund to anchor macroeconomic stability and progress on structural reforms achieved under the 2019.
The World Bank has also pledged $10M in the country’s fight against Covid-19.