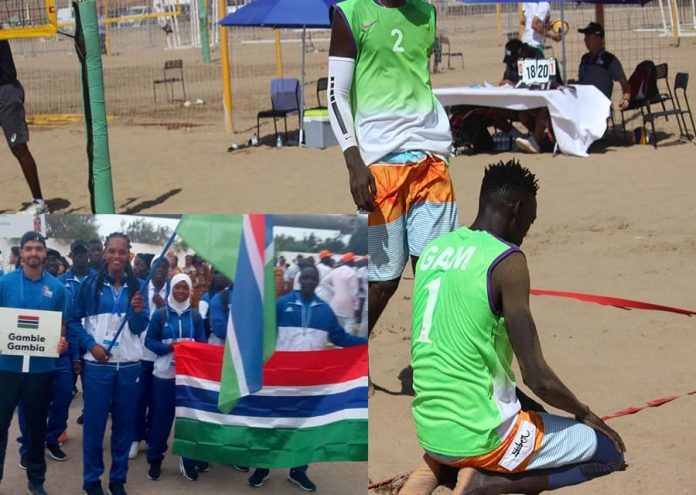 By ML Saidykhan in Rabat

The Gambian pair of Jawo/Jarra pulled a giant killing performance in a pulsating showdown to humble Mozambique and securing an unprecedented semi final spot in the process.

And watching all these is the Gambia’s minister of Youth and Sports Hadrammeh Sidibeh.