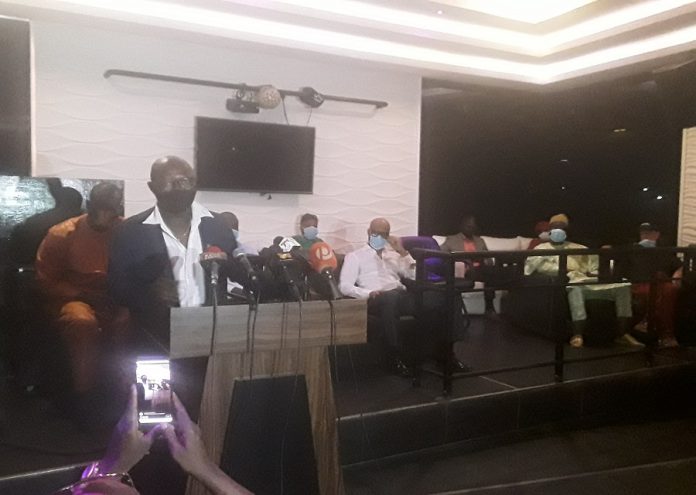 Restaurant, bar and nightclub owners have pledged to form a representative and inclusive association through a robust consultative process.
This followed the “inappropriate approach” that was undertaken by a group who created an association when the government announced Covid-19 funds to support the staff in tourism businesses.

The interim committee of the new Association on Wednesday told journalists that the “so-called Restaurant, Bar and Night Club Association is not representative of the proprietors of existing restaurant, bar and night businesses and owners in The Gambia.”
The committee questioned the sincerity of executive of the rival association, considering the wanton degree of exclusivity and non-representation of the majority of those who own bars, restaurants and nightclubs in The Gambia.

Benjamin Roberts, proprietor, Business Edge Advisory and Porker Farms, and chairman of the new committee said they have already registered 120 members.
He said the meeting was proposed to find a common ground and to explore the possibility of reaching a consensus to move forward with the creation of an association that would represent the interest of all restaurants, bars and night clubs in The Gambia.

He said the rival group made a point that some of the bar, restaurant and nightclub owners who had signed a petition to GT Board said that they were misled by those that collected signatures for the petition in “believing that the collected signatures were to benefit from the Covid-19 support that was to be given by the government. Yet others had indicated that those collected the signatures were purported to be from GT Board.”
Lamin Sillah, proprietor, Chosaan Bar and Restaurant, said he was a member of the other association but never attended any of their meetings.

Lamin Manneh, proprietor of Swiss Boutique Hotel explained his resignation: ”We had a meeting to rectify the situation. The chairman was tasked to seek a solution but when nothing happened, I decided to resign because I am a Gambian and I own businesses. I think it is fair to have people together.”