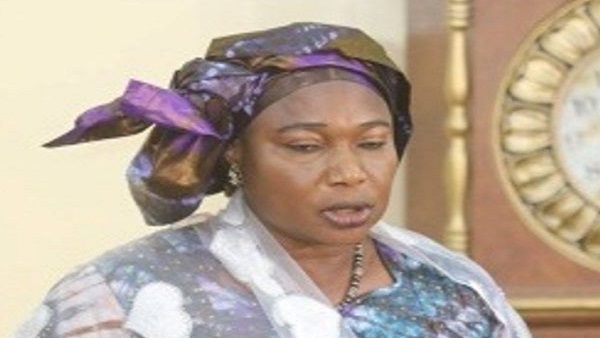 The Minister of Agriculture, Amie Faburay has said that The Gambia has taken a giant step on the road to seed security.

She made these remarks yesterday while delivering her key note address during the launching of the national seed plan of The Gambia held at Kairaba Beach Hotel.

“As you are all aware, quality seeds constitute a prime prerequisite in agriculture and the basis of agricultural productivity, which is of critical importance in The Gambia, since the national economy and food and nutrition security depend on a successful local agriculture,” she said.

She added that in view of that, the Ministry of Agriculture in The Gambia has long pursued the establishment of seed industry structures, policy and programmes that would support The Gambia’s agriculture.

“The national seed effort commenced in earnest as far back as the 1970s when we formed the seed technology unit as part of NARI.

We have chalked good progress and accomplishment, such as the formulation and adoption of the main seed industry protocols, namely, seed policy, seed law and regulations, seed plan, seed certification and other operational manuals.

“In the area of protocols, The Gambia stands as a model and many sister countries are trying to emulate our example, to have adequacy in policy and legislation upon which proper and effective seed sector.

“For an agricultural nation such as The Gambia, with agriculture forming the basis of the economy and supporting many other key sector, we could not be satisfied with this.

There was an urgent need to re-examine the seed sector and taking into account inputs from all stakeholders along the need value chain from genetic resources, variety development and EGS production to quality assurance, processing, storage and marketing, launch a collaborative effort to bring the advantage and opportunities of all parties to the table and design and implement a seed industry which is in tune with our own national agricultural systems and not necessarily based on a corporate model which works elsewhere,” she noted.

She stressed that the National Seed Plan is the instrument by which they seek to address these aspirations. “We are yet to progress into a substantive seed industry.

Today, only about 8 percent of seeds of our main crops of maize, rice and cowpeas are certified.

Much less than ten percent of The Gambia’s total crop area is benefiting from quality seeds with more than 80 percent of seed planted by farmers emanating from the informal seed sector,” she said.

Darrell Sexstone, programme manager who spoke on behalf of the EU Ambassador to the Gambia said the programme’s principal aim is to create growth and employment opportunities, in particular for women and youth, through improved agricultural productivity as well as access to food.

“The programme also recognises there is a need to enhance agriculture and food security information system, as well as improve crisis management and prevention to build resilience in rural communities. In so doing, the programme is expected to reduce migration flows, especially to the EU.”