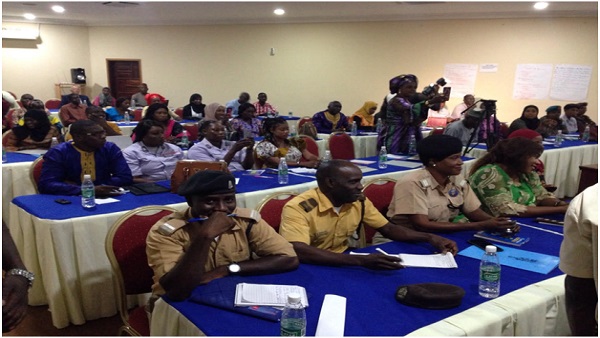 The government of The Gambia in collaboration with the United Nations Development Program, UNDP, have ended a 12-day intensive training workshop on gender main streaming in the security sector of the country.

The programme ended at a local hotel in Bakau last Thursday.

The objective was to build a pool of experts on Security Sector Reform (SSR) who will work to promote a gender sensitive approach of the security sector in their various institutions.

Presidential Adviser Mai Ahmad Fatty gave a detailed background of the purpose of the training, saying the president too, is determined to promote gender equity and empower women and girls for sustained socio-economic development.

“The security sector which is a key pillar of our national stability for growth cannot be left behind in this stagnate endeavor,” he said.

He said it is only through concerted efforts and team work that The Gambia can holistically address gender issues affecting institutions, and society at large.

He urged participants to make best use of the knowledge gained and train those who are not opportuned to attend.

The trained astute lawyer stated: “We are very cognizant of the society we are living in today. The society remains very conservative, cultural at the same time very religious-oriented.”

He said those in the security sector must not see the opposite gender as “just women”, but accord them the same professional respect their competence deserves.

Speaking on behalf of the UN coordinator to The Gambia, Sandra Lattouf, the Unicef rep said the UN will continue to give its full support on gender mainstreaming initiatives.

Dr Hendry DR Carrol, chairperson of the SSR steering committee warned that gender discrimination has no place in The Gambia.