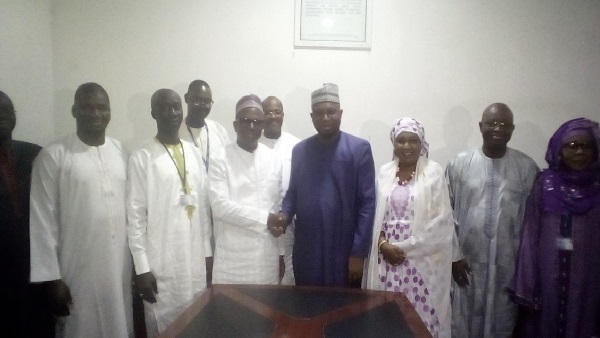 As part of a regular annual dividend declaration by parastatals, the Gambia Ports Authority, GPA, paid 20 million dalasi to the government of the Gambia for the 2018 financial year.
Public enterprises are statutorily obligated to indicate special dividends at the end of every financial year to help sustain government operations and enable less borrowing.

Finance and economic affairs minister, Mambury Njie, said: “This year’s dividend payment by GPA illustrates the unlimited potentials in the authority’s revenue generation capacity.
“The government of the Gambia reaffirms its support to the authority to transform the infrastructure of the port to an ultra modern facility capable of meeting modern day international trade facility requirements.”

He said the government is planning to introduce a master plan to digitalise the entire ports facility in order to maintain its regional status and revenue mobilisation potentials.
GPA managing director, Ousman Jobarteh, said the authority is committed and aware of its responsibility as a state-owned enterprise. “We are aware of the need to provide efficient service in the interest of the public,” he stated.

He said the payment comes at a time when the performance of the ports has been improving as expected despite some challenges in terms of infrastructure.
DG Jobarteh said port efficiency directly translates to affordability of commodities for all Gambians, adding that the authority will continue to strengthen its capacity as an internationally recognised regional hub for import and export of commodities.