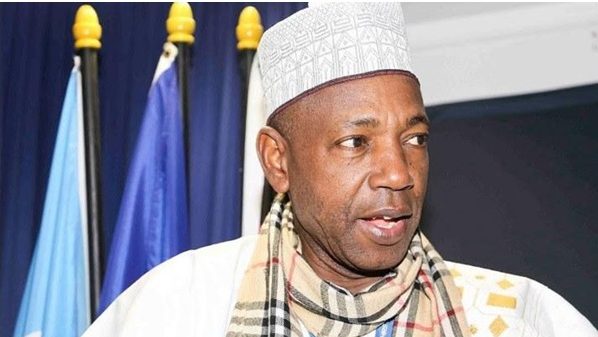 The Minister of Tourism and Culture Hamat Bah has strongly regretted the loss of The Gambia’s food culture. He said Gambians have abandoned what was rightfully theirs and resorted to imported dishes.
“We can eat our own foods which never harmed our fathers and allowed them to live for centuries,” the controversial minister said.
He said the loss of that identity is today responsible for the lives lost to ‘diabetes or hypertension’.

“As the Ministry in charge of culture, we keep on reminding Gambians about the need to eat what we used to eat and what belongs to us. We have seen a lot people suffer from high blood pressure and more suffered from diabetes all because our food culture has suffered. We have not been eating what our great grandparents have been eating. They have never known what high blood pressure is, they have never known what diabetes is, and some of them have lived for 100 years,” Minister Bah said.
“Because our food culture has suffered, we adopt what is not ours and abandon what belongs to us.”

The firebrand minister made the remarks during a press briefing organised by his ministry at the former Gambia hotel school now GTHI. The meeting was staged to highlight the progress report on the activities of the Ministry of Tourism and Culture.
Hamat said Gambians can at least take solace in the fact that the country’s main hospitality institute GTHI is making substantial advancement in developing local Gambian dishes at par with international standards as well as conducting research on ways of getting back to traditional Gambian dishes “that never harmed us”.
He warned that sudden deaths in this country are as a result of diabetes and high blood pressures.

“When you go to Nigeria and Ghana, they eat a lot of local food but in The Gambia here, Senegal and surrounding countries, we eat a lot of food that is imported.”

Tourism development
On tourism development, the minister stressed that the new tourism policy will allow standards in the industry.
“In today’s world, standards and quality cannot be compromised since tourism has become the most competitive industry in the world contributing 10 percent of the world GDP and employs 10 percent of the entire work force of the world.”
He also discusses politics, saying Barrow’s government, unlike its predecessors, wants to develop a “very strong middle cadre” within the tourism industry that will be in charge of the industry for years.