Has the nation state failed Africa? 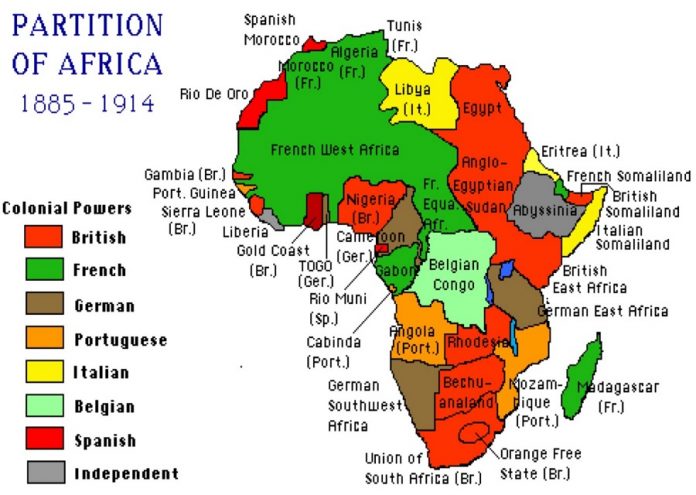 Africa, for all of its vast land, storied history and struggles, is today perhaps more than ever, populated by states that, for better or worse, are at a stalemate or failed the experiment that is the nation-state.

At the dawn of independence, the euphoric, nationalistic incantations of Africa for Africans and the jubilation of the coming halcyon days are yet to be realised or materialised. Evidently, it’s part of the human experience to want a dose of independence and the peoples of Africa, more so than most, yearned and fought for this. At the Berlin Conference, the European powers under the tutelage of then Prussian chancellor, Otto von Bismarck, partitioned Africa in the so-called “Scramble for Africa”.

The Europeans, disregarding the demarcation lines, tribal and ethnic differences, skirmishes, among other things among the peoples of Africa, decided to divide the continent based on their national interests. They invented and gave the people of these lands new names, systems, and most importantly, new boundaries. It’s also worth noting that no single African country decided the outlines of their sovereign borders. These, among a myriad of ill-conceived and self-serving actions on the continent, began the slippery-slope for the slow march into the failed experimentation that is the nation-state.

The colonial powers, during Africa’s quest for independence, out of pure fantasy ludicrously and myopically, championed the concept of the African nation-state, neglecting the fact that for most of these countries, with few exceptions, there existed no institutions, traditions or systems to become nation-states. One could even go for the jugular and say that — they were not even nations or states then and are not now, either, much less nation-states. Nation-states in Africa are nothing but analogous metaphors, for they exist only on paper, like the Berlin Conference map, but not in reality. This concept is rather obscured by time and imagination given the fact that almost all of these European powers lived in states that were, for good measure, mostly homogeneous and have the hallmarks of nation-states.

The ones that were not nation-states, like the then decaying Austro-Hungarian Empire of the Habsburgs, was always marred with internal turmoil among its many ethnic and linguistics groups. The Ottoman Turks were dubbed the “Sick Man of Europe” for a reason. The peasants and the multitudes of ethnic nationalities revolted against the Romanovs in all of their Russias. The Franco-Prussian war, which spurred the Berlin Conference, was also an ethnic war, where the Germany of Kaiser Wilhelm II, annexed the German speaking people from the Rhineland to the frontiers of the Sudetenland, ushering in the creation of the German nation-state. These fault lines among the different ethnic make-ups of these old European empires gave us World War I – then dubbed the “War to End All Wars.”

Nonetheless, when it came to Africa, these imperialist European powers, consciously or unconsciously ignored the lessons of their own history or what was going on in their own backyards, instead, they went roughshod into building delusional African nation-states.
In a twist of irony, it was as if Europe never learned from the history that actually led to the deaths of 20-30 million of her people during World War I. As Geoffrey Wheatcroft wrote in his 1992 New York Times op-ed, Unscrambled Africa: It was a strange business. Europe conquered Africa “in a fit of absence of mind”. Within less than 100 years Europe got out again, still absent-mindedly, not having made these territories nation-states but simply having declared them to be so, as if that could do the trick.

On average, African states have bicameral legislatures (complete in the case of former British colonies with periwigged Speakers), they have supreme courts, they have constitutions guaranteeing freedom of speech and religion; as a case in point, this is borne out in our Gambia. They have every appearance of being modern, constitutional states — and no reality. In other words, it was as though a visiting troupe of Japanese Noh players arrived in some small town in the American heartland, gave a couple of performances and gone away expecting the townspeople to perform the same pieces in the future and get every nuance right. The idea was so absurd it’s almost breathtaking.

In sync, the one African state that was heralded as a true nation-state at independence was Somalia. A country where most of her people are ethnic Somali and the overwhelming majority adhering to the Islamic faith. Paradoxically, Somalia, with all the makings of a nation-state went for over two decades without a functioning government and became the poster-child for failed states. One could contend that Somalia, which could have easily been turned into a vibrant Indian Ocean political and economic polity, lends credence to how the nation-state failed Africa.

As a consequence, we have to come to the reckoning that the state, from the Namib to the Sahara, has failed Africa. Today, the overwhelming majority of African states cannot fulfill their basic contract with the people, that is, to provide basic amenities: education, rule of law, security, healthcare, infrastructure, and so forth. Moreover, the political institutions are withering with the ever brutal reality of the fast approaching Sahara. The populace is politically apathetic, the states are almost, entirely dependent on handouts (foreign aid and loans) and remittances to meet some of the demands of their evermore disgruntled, famished and globally-minded masses. The idea of the nation-state, where the supreme authority rests upon and represents the will and whims of the people is antithetical to everything the African nation-state stands for today. To put it bluntly, the institution of the state has not only failed Africa – but it has unfortunately and disastrously divulged into the epitomic symbol of tyranny, oppression, despotism and corruption.

Be that as it may, not all is forlorn, for there are some relatively successful, functioning states in Africa. But, these fledgling states are at best at a stalemate, trying to finagle, fulfill the contract with their people that is so essential for their respective states. Sadly though, the African nation-state which was created by the Europeans has been a colossal failure, in many cases and at an impasse, in some, at the very best.

To encapsulate the nation-state question, answering the following questions and finding solutions to them will be a good start: What do African nation-states need to do to swing the pendulum in a positive direction and create viable nation-states? Does it look as bad as the aesthetics? As a citizen of an African state, what, if anything has the state done for you lately? Given its fecklessness, does the people still need the state? Does the citizenry understand the nation-state concept? If not the nation-state, whatever the hell that is, then what? These questions are some of the most daunting questions facing the so-called African nation-states today. But hopefully, we will etch and sketch our way to creating our own cosmic nation-states, filled with visionaries and thinkers. I sincerely hope so, for the waters around us are rapidly growing, our old road is rustily aging, and the times are forever changing. In token thereof, the idyllic African nation-state, perhaps more than ever, should by now be ours for the asking. Which begs the thematic question: Has the nation state failed Africa? Well, for those who care to read, the writing is on the wall.

Sulayman Njie grew up in Churchill’s Town, Serekunda, The Gambia, earned a bachelor’s degree in Political Science and International Studies from Bluefield State College, West Virginia; a master’s in Government and Public Policy; and a doctorate in Political Economy from the Virginia Tech School of Public and International Affairs, Blacksburg, Virginia.