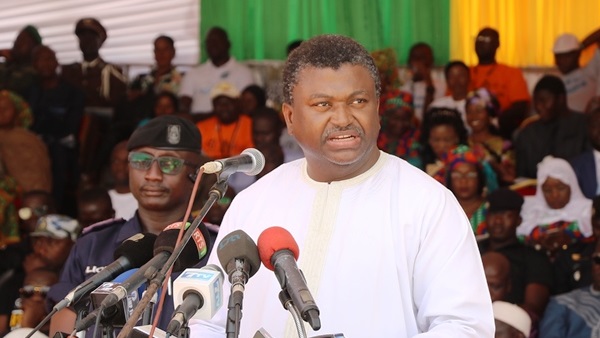 Health minister Dr Lamin Samateh has traveled to villages in Upper Niumi a in the CRR to fulfill a promise made by President Adama Barrow.

Accompanied by a number of parliamentarians, the minister visited Nema Kunku and Njau villages to hand over two ambulances for the two communities.
Minister Samateh said this was in line with the presidents ple’dge during his ‘Meet the People Tour’ that he will furnish the two communities’ ambulances.
NAMs Alagie Mboob of Upper Saloum, Sulayman Saho of Central Badibu, Alagie Jawara of Upper Baddibu and Omar Darboe of Upper Niumi were some of the lawmakers to have accompanied the health minister.

During the visit, Dr Samateh also promised to build a health centre and staff quarters for Njau, and disclosed that Essau Health Centre will be upgraded to a referral hospital.