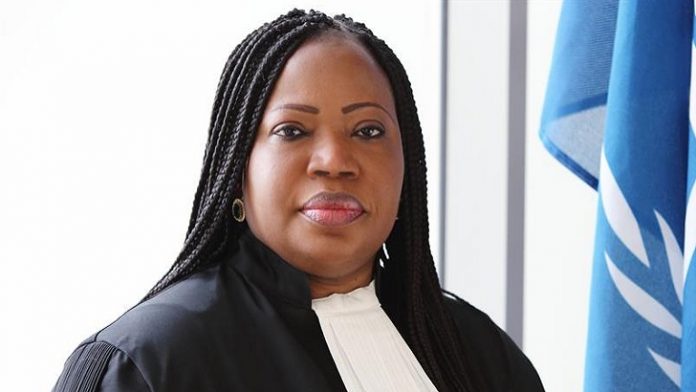 The four candidates officially shortlisted for the position of Prosecutor of the International Criminal Court (ICC) had to undergo a full-fledged job interview, a first for the Court.
On 29 and 30 July, the four shortlisted candidates currently in the running to replace Fatou Bensouda, Prosecutor of the ICC, underwent an unusual interview process during which they were asked questions like “Do you think the prosecutor needs to be visible?”, “Would you have any conflicts of interest if you are elected?” and “Which criteria should guide the selection of cases handled by the Office of the Prosecutor?”

For more than six hours, they responded to questions from representatives of the Assembly of States Parties (ASP) and members of civil society organisations.
For this at once coveted and highly political position, the candidates were required to take part in a full-fledged job interview conducted by several moderators and streamed publicly online via video conference.

This method was chosen to give Morris Anyah (US/Nigeria), Susan Okalany (Uganda), Fergal Gaynor (Ireland) and Richard Roy (Canada), the four candidates shortlisted by a committee of four experts, the opportunity to further introduce themselves to the members of the Assembly of States Parties. The matter is urgent, as the Assembly has the difficult task of reaching a consensus to name the Court’s future prosecutor by December 2020.

Lending credibility to the process
Not everything went as planned. Due to technical issues, Okalany, the Ugandan candidate, missed a significant portion of the session on Thursday. When she came back online, the Assembly’s Vice President Michal Mlynár asked that she “give [him] a smile”, which stirred up quite the reaction from observers.

Nevertheless, the hearings “went well” on the whole and will “lend credibility to the [candidate selection] process”, in the words of George Kegoro, executive director of the Kenya Human Rights Commission, who was selected to put questions to the candidates on behalf of civil society organisations. “The hearings gave the candidates the opportunity to show what they are capable of, and that allowed them to express their competitiveness. The choice will be difficult,” the lawyer said.

The new process, more transparent and open than that of the previous elections, quickly drew criticism the day after the names of the four shortlisted candidates were revealed, on 1 July.

Two weeks later, Kenya’s Ambassador to the Netherlands Lawrence Lenayapa, whose country makes no secret of its opposition to the Court, officially “rejected” the candidates selected by his colleagues in a letter sent to the President of the Assembly of States Parties, the South Korean judge O-Gon Kwon.

In Lenayapa’s view, “the candidates presented have relatively limited managerial experience in large international institutions and do not have demonstrable diplomatic experience, particularly in engagement with States”.

He also pointed out the fact that, according to an implicit rule which dictates that the position be held by a person from a different region whenever a new prosecutor takes office, the two African candidates are put at a disadvantage in the prosecutor race. In his opinion, these are sufficient grounds for “a reconsideration of all the applicants”. Lenayapa’s letter concludes: “In the alternative, encourage States Parties to commence nomination of candidates that can be presented for election.”

The States Parties may effectively opt to bypass the selection process and put forward their own candidates. However, this would be contrary to the spirit of the process they agreed to put in place.

“The States Parties chose these candidates themselves! Kenya is the only country that expressed its position officially. And why? So that it can influence the other countries and get them on board with us,” said Kegoro. He believes that the above-mentioned strategy is directly related to Nairobi’s anti-ICC stance.

A perfect candidate
Although his views are more moderate than his Kenyan counterpart’s, the Ambassador of Côte d’Ivoire Hamza Sallah has also expressed some concerns about the process. “We note that none of the candidates have a civil law background,” Sallah wrote in a letter to O-Gon Kwon.

From his perspective, this “disrupts the required balance between and equal representation of the civil law and common law systems”. Like his Kenyan counterpart, Sallah emphasises the importance of having candidates with “proven experience”. Is this his diplomatic way of criticising the committee’s shortlist?

The four experts serving on the committee seem, on their end, to have foreseen this criticism, as they already indicated the following in their report submitted on 30 June: “There is no such thing as a ‘perfect’ candidate, and a curriculum vitae tells only a part of the story. All four candidates recommended to the States Parties for further consideration have areas in which their actual, recorded experience may not be as extensive as considered desirable.”

“Several member states have raised concerns over this issue and do not know what stance to take. Some of them contacted us to find out whether or not we have adopted an official stance,” said Namira Negm, African Union Legal Counsel. However, “It’s still too early for us to form an opinion [on the candidates],” she added. “For the time being, member states are satisfied with discussing the issue amongst themselves.”

Consultations with candidates are now set to move forward at an accelerated pace, and there is the potential to see new names emerge, put forward by the states themselves, in the coming weeks and months.