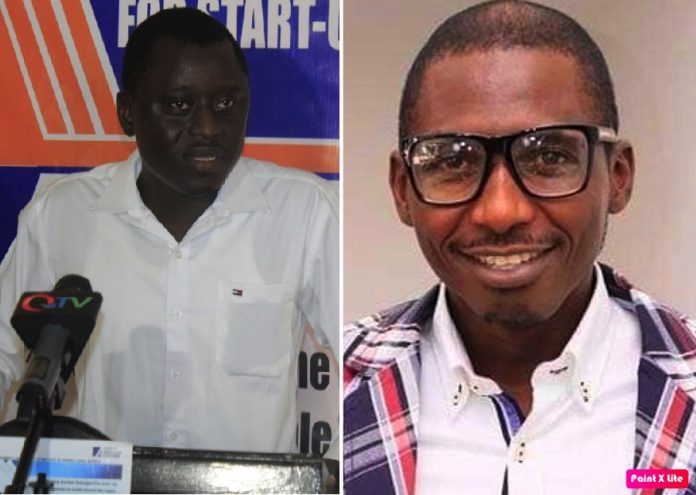 Current official statistics indicate that 65% of Gambia’s population consists of youth, but the country’s budgetary allocation to this huge segment of the population is woefully abysmal.

The present coalition government had in 2016 campaigned on a firm promise of creating opportunities for the country’s youthful population at a time when The Gambia had the largest per capita in terms of migration to Europe.

In the early part of 2000, thousands of Gambian youths embarked on the perilous land, desert and sea journeys to Europe as conditions back home with regard to gainful employment and other economic prospects faded.

According to the International Organisation for Migration (IOM), more than 5000 Gambians have since returned voluntarily since 2017.

Despite all the dangers and news of deaths, the Central Mediterranean route to Europe remains the main entry point for irregular migrants from Africa. In 2017 alone, a total of 101,448 African migrants were recorded to have arrived in Italy through the Mediterranean Sea, according to data from the European Border and Coast Guard Agency (FRONTEX).

At the country level, 46,199 Gambian migrants entered Europe through the Mediterranean Sea between 2009 and 2019. This represents about 3.85% of the country’s population making the Gambia the African country with the highest rate of irregular migration to Europe.

But as the young continue to be referred to as the future of any country, Gambia inclusive, the Gambia’s youthful population remains increasingly vulnerable due to inadequacies in government budgetary allocations when it comes to youth matters.

Former real estate agent dealer and now President, Adama Barrow, was voted into office a little over three years ago on a campaign promise of tackling youth unemployment head-on.

But how serious was the coalition government in committing to its promise of delivering youths from the trauma and throes of unemployment and under-employment?

A few months into office, this group which had won the admiration of voters fell apart as Barrow fires his ministers, and initiated a plan to complete a five-year mandate instead of the agreed three-year transition – gradually drifting away from the coalition agenda including creating jobs.

The 2020 national budget is a clear testament to the backseat that youths are seemingly relegated to, indicating the bottom tier that they occupy on the scale of preference of this government.

Out of a whopping D21.2 billion approved government budget for the fiscal year 2020, only a miserable D113.3 million is allocated to the Ministry of Youth and Sports (MoYS) to this huge chunk of the population.

Currently, the youth unemployment rate stands at 38%, the push factor for the thousands that risked limbs and lives to seek better life in Europe despite many ending up living lives of broken hopes once they reach there.

But how does the umbrella youth organisation the National Youth Council (NYC) view the dismal budgetary allocation to youths?

He said apart from the funds allocated to NYC in the 2020 budget, the government has agreed to allocate council funds from the internet gateway.

“The ministries of finance and youth are currently discussing as to how we can get some supplementary funds apart from the funds given to us as subventions. I think that has already been approved. We are only working on the modalities to get that funding which will go a long way in helping to address the issues of unemployment,” he added.

Jarju said the various projects that NYC is implementing now, funded by partners such as the European Union and United Nations will also significantly help.

He said although it is NYC’s view that the environment exists for young people to thrive, a lot more work needs to be done to better the environment.

“It will never be 100 percent but at least the basic element exists. There is government commitment to ensure the environment exists for young entrepreneurs to thrive. The NYC for instance has worked with NEDI to establish The Gambia Youth Chamber of Commerce where young businesses are under one umbrella,” Jarju said.

He said access to finance has remained a constant challenge for young people because even if they access loans from banks, the interest rates are always high.

“But we are seeing the government working with other partners to provide young people with grants or training through the agricultural value chain,” he noted.

He argued that despite these efforts much needs to be done in terms of access to finance.

“I think the NYSS have started to monitor those they trained. We will continue investing in training young people and ensure that after they are trained, they are able to help themselves. We also appeal to our young people to take some of these opportunities very seriously,” he said.

Youth unemployment is even worsened by the failing agricultural sector and a lack of job opportunities in urban areas, and many of the country’s young are left devastated.

For Modou Njie, 28, who has a college diploma in IT but could only find work as a low-paid security guard, the 2021 election is the time to call for big changes.

“We need a government that invests in the youth to give them employment and a stable life. And if that’s not happening you devastate the youth and make them do things they would not have imagined doing,” he said.

NYSS: Gov’t must do better

The spokesperson of the Nation Youth Service Scheme (NYSS), Adama Beyai said the government has to do better towards addressing youth unemployment in the country. He said opportunities should be created for young people.

NYSS have trained hundreds of young people over the years but lack of enough funding had made the institution redundant and eventually hindered its potential.

Beyai said the issue of funding remains a huge challenge for the NYSS, arguing that if the institution is given the required funding, it would have the potential of significantly bridging skills gap among Gambian youths.

“It is my humble opinion that the government should do better in addressing youth unemployment or else…we will find it very difficult to keep our young people in this country. Those who are leaving are leaving because of the prevailing situation,” Beyai added.

Modou Camara, a member of the National Assembly select committee on youth matters, said the fact that the budgetary allocation to the youth ministry remains the least convincing, demonstrates that the government is not serious about addressing youth unemployment.

He said the government should consider increasing the budget allocation for the youth sector and focus more on development programmes and projects that can create jobs.

Just recently, 60 Gambians died while trying to reach Europe when the boat that was carrying them capsized along the Mauritania Sea.

Camara argued that if the government fails to address the issue of unemployment, the country’s young people will ‘sadly’ continue to perish in search of better lives.

“We are totally dissatisfied with the budget allocated to the ministry of youth and sports. This is why since 2018 we are appealing for the youth budget to be increased. The government is not serious about addressing the issues of young people and whenever there is time for politics, they will refer to the young people with big promises that will never be fulfilled,” he argued.

He said the government has no justification in spending over D1 billion on the ministry of foreign affairs and giving the youth ministry just D113 million.

“This is why this country will find it very difficult to develop. The ministry of youth is not even among the top ten priority ministries in the budget,” he said.

Camara argued that the government should change their approach and redirect the millions they spend on furniture every year to addressing issues like unemployment.

Nyang Njie, an economist with consultancy firm Knowledge Bank Consortium Gambia Ltd, said that the government is not doing enough in terms of its budgetary allocation to the ministry of youth and sports.

“If they had prioritised the issues of youth unemployment, they would not have prioritised spending on embassies and other places. As an economist, I cannot blatantly say the government is not serious towards addressing youth unemployment without facts but I can conclude that they are not doing enough,” he said.

Some countries creates jobs for the youth by spending more from the budget on irrigation, roads, storage facilities for crops, easing taxes on youth-led start-ups and providing small grants.

Speaking recently in an online meeting, the United States Ambassador, Richard Carl Paschall, said the government should create conditions that create economic opportunities for job creation because the government cannot create all the jobs that an economy needs.

“Unemployment especially among the youth is a particular concern everywhere and that unemployment challenge and that economic activity challenge have become so much acute during the Covid-19 pandemic,” he said.

When recently asked about the issue of underfunding the ministry of youth and sports by the National Assembly select committee on youth, the Finance Minister Mambury Njie said when they are making allocations to MoYS, they consider the sport levy that is generating millions for the ministry.

Meanwhile, a senior official at the ministry of finance told The Standard on the basis of anonymity that the government is considering increasing the budgetary allocation to the ministry of youth to fund training institutions.

He said young people will have to be patient and understand the government is financially constrained.