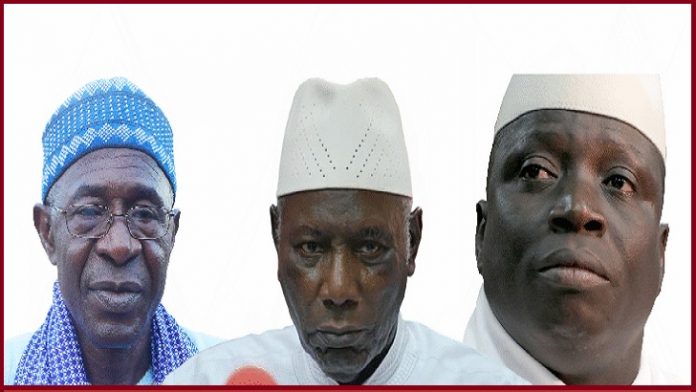 Despite the opposition Alliance for Patriotic Reorientation and Construction’s claims that former President Yahya Jammeh is re-elected as their party leader and secretary general, the former president’s name is not in the list that was submitted to the Independent Electoral Commission, IEC.
“The list we got from the APRC did not include Jammeh. As far as the IEC is concerned, the list that they officially gave us stated that Fabakary Tombong Jatta is the party and the list did not include Jammeh at all,” IEC chairman, Alieu Mamarr Njai confirmed to The Standard yesterday.

“The list of the APRC executive goes as follows: Ousman Rambo Jatta, first deputy, Borry Colley, second deputy, Yankuba Colley, national mobiliser, Amul Nyass, spokesperson, etc. But Jammeh is not in the list, that I can confirm,” Chairman Njai said.
Asked whether it is legally right for anyone to call Jammeh party leader of APRC in light of the above, Njai replied: “As far as the IEC is concerned, the official list shared with us is the APRC executive and that does not include Jammeh. That is what I can say.”

The Standard contacted a senior APRC member who preferred anonymity but confirmed that Fabakary Tombong Jatta is the registered party leader of the APRC. “Jammeh is only the supreme leader of the party but he is not here and naturally he cannot be the registered leader at the IEC. For example if there is any election now, he cannot contest because he is not here,” our source said.
In December last year, delegates at the party’s Congress at Bwiam resoundingly reelected Jammeh as the party leader and secretary general.

The Gambia has registered its first documented Covid-19 case among healthcare workers after a senior nurse contracted the virus. The nurse, who worked at the...
Read more
News

By Omar Bah The Independent Electoral Commission will tomorrow decide on the crisis in the Brikama Area Council chairmanship. The BAC chairman Sheriffo Sonko was recently...
Read more
News

By Omar Bah The mayor of KM, Talib Bensouda has been explaining the controversial inclusion of his predecessor Yankuba Colley of the APRC in the...
Read more
- Advertisment -