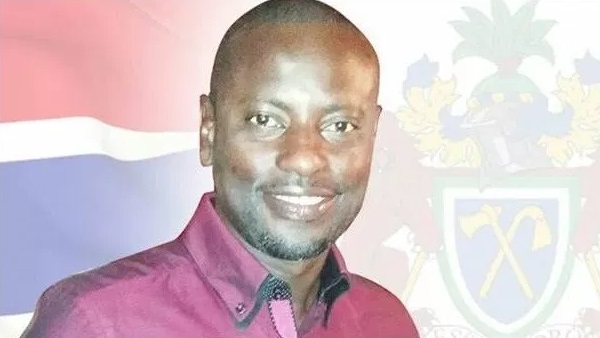 The National Assembly Member for Upper Fulladu has reacted to critics who blamed his colleagues in parliament for orchestrating the obstruction to extend a 45-day state of emergency at the beginning of the Covid-19 crisis. The government’s proposal was rejected after which President Barrow started his weekly state of emergencies to keep the regulations in place.

Arguing his case to The Standard, Sana Jawara said it was the Executive’s poor performance in the implementation and enforcement of the regulations and their general weak handling of the crisis that landed the country into the Covid-19 catastrophe.
“The government declares an SoPE within which it introduces poor regulations, ranging from restrictions of open markets, commercial vehicles to social gatherings. These restrictions were not enforced properly in the first 45 days of its declaration. So when they came the second time to ask for another 45 days, we said to them that we have monitored these regulations across the country and seen how it was poorly enforced and therefore we are recommending that you up your game to better enforce it by doing so and so,” Jawara said.

He further argued: “What was rejected by parliament was extended by the president in another declaration within 24 hours and that landed us into what we are faced with. So it is unprincipled for anybody to think that the recent surge in cases was a result of parliament’s stance.”

According to the UDP lawmaker, there was no ‘political bias’ in parliament against the executive, saying all they wanted was to see the regulations observed in full spirit.
He said prior to the tabling of the second extension, an Assembly select committee toured several strategic points across the country and what it found on the ground in Soma, Kartong, Amdallai, Kerr Ayib and Farafenni left much to be desired.

“People on the frontline are not even factored in; making sure that they have the resources and personal protective equipment to be able to do their job despite all the millions and billions claimed to have been put into the mobilisation of the fight against this pandemic. We did not see any visible impact of the monies on the ground,” he lamented.

“The police were not enforcing, the soldiers were not deployed to the borders, some of the front liners have gone without any food, there were no vehicles, motor bikes or even fuel for the immigration and customs officers to conduct border patrols,” Jawara added.
According to him, after all that, when the government came back for an extension, the Assembly chose not to be part of anything which would make it responsible as the executive for the failure that engulfed the country today.