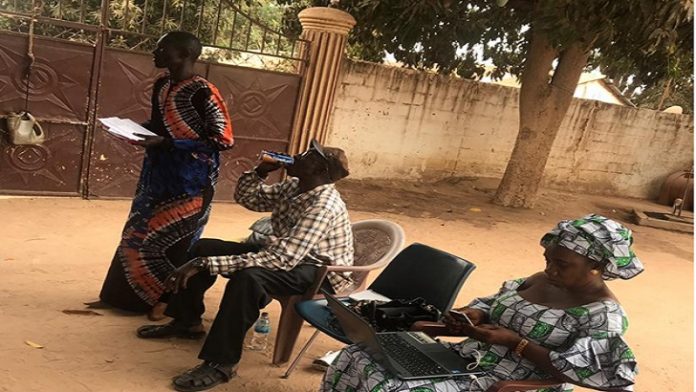 The Ward’s councillor Alieu K Darboe, described the forum as educative. He said advocacy and dialogue would address those barriers and help create mechanisms that would ensure inclusion of women, youth and returnees in development initiatives.

He then urged participants to make best use of the forum.

“You are the lucky ones to represent your communities. It would be important to disseminate the information gained from the training with the others.”

Alhagie Tombong Jawara, the Alkalo of Kabafita applauded the councillor for his “commitment towards the welfare” of his people saying this forum “is a clear manifestation” to all that he is worthy to lead the people.

Jawara also called on the natives to be proactive at all times and be ready to participate in the growth of the ward.

He noted that the forum was “another milestone achievement” for the people of the Ward under the “dynamic leadership of councillor Darboe”.

Jainaba Jatta, councillor of Brikama north constituency, said the Women’s Bureau was set up by the government to bring a lasting solution to issues underpinning women.

“Let us come out and join hands and support women seek various positions in politics and administration,” she charged.

Topics such as national and international legal frameworks on the protection and promotion of rights of women and girls on peace and security, factors or barriers affecting women participation and representation in peacebuilding, negotiation, mediation and conflict prevention processes, and steps or mechanisms for inclusion of women, youth and vulnerable population on peace building, negotiation, mediation and conflict prevention were discussed.

By Omar Bah Reacting to concerns raised by Gambians about the number of women dying while giving birth, the Minister of Health Dr Ahmadou Lamin...
Read more
News

By Alagie Manneh The spokesperson of a movement agitating for the legalisation of cannabis in The Gambia has warned that the country is “losing out...
Read more
News

By Alagie Manneh Foreign affairs ministry has refused to disclose whether it will be making a formal request to Senegal to waive the diplomatic status...
Read more
- Advertisment -

September 25, 2020
When you formed the DOC in December 2019, you said the membership comprises responsible citizens from all walks of life. Who are these members? From...