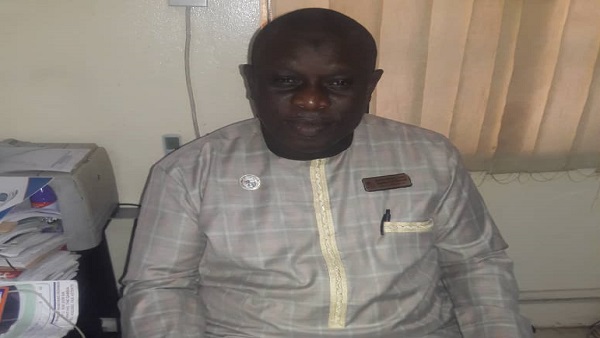 The Kanifing Municipal Council has denied claims that it orchestrated fraud in the appointment of Dodou Bojang as the new alkalo of Bakau.
Bojang, the custodian of the sacred Katchikally pool, who briefly served in the same position before his removal was re-appointed two months after the demise of former alkalo Luntanding Jaiteh.

However, barely a week after his appointment The Standard has learnt that Mr Suruwa Jaiteh, a younger brother of Luntanding, who lost the alkaloship to Dodou Bojang, is alleging foul play and manipulation by the KMC for facilitating a fake yard owners list that aided the decision to appoint Bojang as the alkalo.

The director of administration at the KMC, Dembo SN Sanneh, himself a native of Bakau, dismissed any suggestions of complicity on his side to verify the yard owner listings presented by the parties.

“I have no hands in this. The council has done what it is supposed to do and we did not interfere in any of these allegations,” Sanneh said.

“When they were filling the forms they did it by themselves and we never interfered. We only forwarded the forms to the minister and the appointment was done based on the majority. Therefore, if the other party is aggrieved let them expose the facts and give out names of those persons who they claimed are not yard owners of Bakau,” he added.
Sanneh explained that the very day the lists were taken to the KMC, they were submitted to the Ministry of Local Government and based on the person with the majority, the ministry made the appointment.

He argued: “So what scrutiny are we to do now? If we have gone further and done what they were talking about, then it means they are going to blame us again. What if both parties are having a similar problem? Do they have access to each other’s forms? How do they know wrong names were submitted?
“Let them tell us who among the list is not a yard owner because we cannot just sit and say the ones here are not yard owners when they do not have access to the list. It is the people of Bakau who spoke, not KMC. We did not play a big role in this process. They should have gone to the NAM and the councillor of Bakau to ask them how the process went.”

On the 2nd of February, the aggrieved party sent a petition to the Minister of Local Government citing gross irregularities in the process. The ministry in response said the appointment of the alkalo of Bakau was effected by the minister and the office of the mayor of the KMC which produced the supporting lists of yard owners of Bakau. “We are therefore confident that the appointment process was legit and beyond reproach,” the ministry concluded.