Legacy of a legend: Homage to my hero 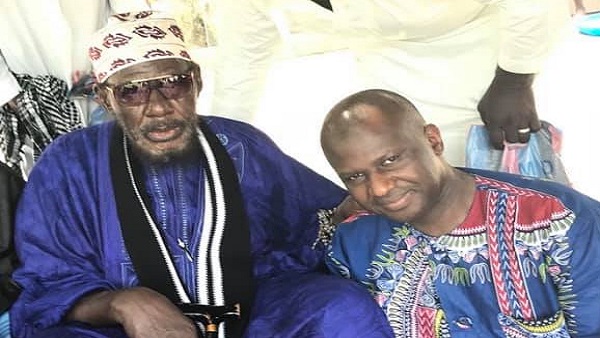 July 2nd will go down in the annals of Gambia’s history as the day the Gambia lost one of its most illustrious and glorious sons. By extension, the Muslim Ummah lost a towering figure and a legendary icon on this fateful day.

It’s exactly a month today, since my mentor, hero, educator, friend, confidante and guardian, Sheikh Ahmad Banding Drammeh, departed this mundane life. I shall never forget that momentous day. Before heading for work, I checked on Sheikh Banding’s health, only to receive a message from his son, Abubacarr, notifying me that the Sheikh had passed away. I was simply unable to believe it and kept gazing at my phone in utter disbelief, so I rang Abubacarr for confirmation, and he told me: “Baba is gone. Baba is no more”. At that point, I couldn’t hold back my tears. In fact, never have I cried so profusely, finally realizing that I would never again see this great man who brought me up, educated me, mentored me, and loved me unconditionally, who stood by me and stood up for me and fervently endeavoured to see to it that I succeeded. It was unquestionably one of the most difficult moments in my life. When my colleagues noticed this uncharacteristically emotional side of me, they comforted and consoled me. During those moments, a mental tape was playing in my head, bringing back various fond memories of times I spent with the Sheikh since my childhood, which I will cherish always, especially as one of his protégés who learnt so much from him.

Sheikh Banding led an eventful life spanning at least half a century. Upon his graduation from Al Azhar University and completion of a post-graduate diploma in Libya, he returned home with a vision. Although Sheikh Banding was appointed by the Islamic Call Society to serve as a preacher in Tanzania, he chose instead to return to his motherland where he could play a more impactful role in society. The Sheikh could have served simply as a preacher, but instead he chose to be both an educator and a preacher, feeling that through this he could realize his vision. His burning ambition prompted him to build his own school, the Brikama Islamic Institute, which went on to produce numerous distinguished scholars and experts in all walks of life. Sheikh Banding equally had the foresight to create an English-language section to enable his graduates to play a more proactive role in a society that was well known for stereotyping Arabic-language students and caricaturing them as an Ustaz or Imam. In other words, while the majority of Gambian society once restricted the role of an Arabic-speaking student to a mosque or school, Sheikh Banding changed this narrow perception and narrative, with his former students now serving in various professional capacities in the Gambia as lawyers, economists, doctors, engineers, translators, university lecturers, teachers, Imams, diplomats, etc.

Sheikh Banding was probably best known for his weekly radio program, The Muslim World, which was broadcast and greatly appreciated across the region between 1976 and 2019. The Sheikh was always keen to tackle contemporary issues in his famous religious program, with his golden voice appealing to generations of listeners.

His tenure as the President of the Gambia Supreme Islamic Council witnessed the evolution of the nation’s highest religious authority. The Sheikh tirelessly travelled the world on the Council’s behalf, soliciting financial support to enable it to embark upon major development projects, including the Conference Center and the Institute for the Training of Imams and Preachers, among others. His achievements speak for themselves
Mudeer, as he is fondly known by his students, witnessed the great and lasting legacy of his sacrifices and efforts in his lifetime, with his protégés honouring him in 2018, in recognition of his selfless service. The Sheikh was so overcome with emotion that he couldn’t speak at the ceremony.

Despite his sterling efforts and resounding achievements, the Sheikh had always been reluctant to talk about himself. I have personally floated the idea of interviewing him to write his biography but he diplomatically declined, arguing that he didn’t like talking about himself. However, the good news is that his disciples are in the process of compiling a book dedicated to his life story for the benefit of the current generation and the generations yet unborn.

The Sheikh last foreign trip, apart from Senegal, was made to the United Kingdom to seek medical treatment, Yet, he did not rest, as the Sheikh visited numerous mosques and Islamic centers to preach and lead prayers. He did not miss his weekly radio program either, as his hosts helped him record the program and sent it to Radio Gambia.
One of the things the Sheikh wanted to achieve in his lifetime is the completion of Saad Ibn Mua’z Center for Quran Memorization and Vocational Training. The funds he secured were insufficient to complete the project. I, therefore, take this opportunity to appeal to all and sundry to make it happen.

The last time I met Sheikh Banding was in 2018. On the very day I was scheduled to fly back, he asked me to lead the Friday Fridays and insisted that my last lunch would be with him at his residence. Though I did not know why he did so, I uncharacteristically kissed his head as if I was bidding my final farewell to him.

The last advice the Sheikh gave me before his passing was: “Even if I depart today, I will have no regrets, for I have left behind individuals who will undoubtedly carry the torch after me.”

We will miss you so much, but your memory shall perpetually remain with us and your legacy shall endure and flourish immortally.