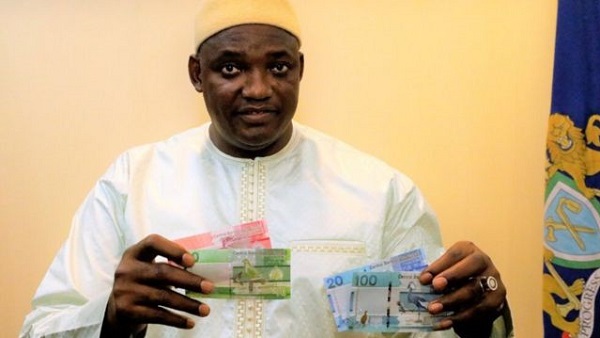 I will start by thanking my beautiful and resourceful daughter Sainabou Sarr commonly called Yasaye Sarr on whose diligence and exclusive effort I was happily relocated to a wonderful hotel for my quarantine after being initially registered to a low-quality INN.
It was a perfect hotel where every good daughter will take a dad before Tobaski. So comfortable and entertaining that I thought of negotiating for another week’s overstay until I realized that the manager was a Jola and his assistant, a Fula who showed no tolerance for Sereres.

Anyway, the joke aside, I wish to thank lovely Yasaye very much for a job well done although when it comes to politics we don’t always tune to the same frequency.
From the family to the nation, I think the Gambia has a long way to go before taking control of the coronavirus pandemic. The idea of government legislating mask-wearing in public places appeared quite auspicious up to when I went to change some dollars into dalasis from a local-market dealer. Every one of them at the Westfield junction was fully masked and looked very impressive.

After a thorough inspection of the notes I handed over to confirm whether or not they were counterfeits, the man finally removed several wads of D100.00 and D50.00. banknotes from his haversack that seemed oddly stuck together with some of the D50.00 notes clearly fastened together with adhesive tapes; these were putrified notes that have no place in circulation. In the extreme ones, the images and writings on the money had literally faded away and to my horror, the dealer suddenly removed his face mask and continued to moist his fingers with his saliva to count every note in each wad. These people don’t know that wearing face masks is primarily intended to prevent saliva droplets from being ingested or inhaled by others when speaking to them. That an infected droplet can linger in the air for awhile whenever a virus carrier spoke, sneezed or coughed without a mask. That the virus can also remain on a disinfected surface or on paper money and coins for over forty-eight hours. Certainly, I had to sanitize the whole money with some disinfectant soon after receiving the bulky amount.

From there I started paying closer attention to how other people treated the disfigured dalasi notes. Believe me, the health department needs to urgently sensitize the public about their unhygienic ways of handling the money which may be the most neglected cause of infection everywhere. A woman at the Africell junction selling parch nuts had dirty notes in her mouth while measuring the nuts for the buyer..

Other than at the banks, it looks like every Gambian uses saliva to count the ruined banknotes, a habit that requires expeditious cessation. Debits and credit cards would have made a huge difference, but we don’t generally use or know them in the country. Disregarding the threat posed by the nasty money in circulation is as harmful or even more harmful than not wearing masks in public, not social distancing and, yes not washing one’s hands regularly. Let our health ministry take note.

That said, I now would shift to the hottest political problem in the subregion, the political impasse in Mali. So far the ECOWAS heads of state tasked with mediating for an acceptable unity government have failed miserably. The opposition parties in Mali are adamant on changing the whole government leadership including the president which if it happens could be the beginning of the “African Spring”.

It was however rather odd that the chosen mediators excluded our president, Adama Barrow whom I believe should have been part of the team. The last time ECOWAS heads of state came together in a similar fashion to settle an internal political dispute of a member state was in the 2017 Gambian electoral impasse. After shuttling back and forth in a less intense dispute that ultimately necessitated the mobilization and deployment of mechanized and infantry forces to enforce their decision, it was Adama Barrow who emerged as the victor. Who else was therefore a better model to the Malians of a recent multilaterally-negotiated dispute other than the new Gambian president, His Excellency Adama Barrow?

If Barrow was not formally invited, I think he should have offered his service or demanded his inclusion in the team in this unique situation that should concern every head of state in the subregion especially those facing unpredictable political futures. Barrow has to understand that if the French control of Mali’s political destiny crumbles, which most scholars subscribe to such imminence, their grip of Senegal may also fall apart and the ECOMIG they are sponsoring in the Gambia could stop abruptly. What may happen then will be left to fertile minds to ponder over. I don’t want to say anymore other than to warn President Barrow to get off his recliner and start mingling with his counterparts if he wants to mature in international politics. With the world economy seriously out of shape from the pandemic, the European Union has just released a projection of the stabilization of their economies back to their pre-pandemic era at the end of 2021. Till then “fankung, fankung” will dictate the survival strategy of almost all third-world countries. So sitting down and waiting for the “toubabs’” help borders on lethargy.

On a related topic, I was shocked in January 2020 when British Prime Minister Boris Johnson invited 15 African heads of state and government to London for the first ever UK-Africa Investment Summit without including the Gambia or President Adama Barrow. Most prominent African leaders of even Francophone lineage like President Macky Sall of Senegal were there for the $1.9 billion investment initiative.

You would think that after Boris Johnson’s historic visit to the Gambia in February 2017 as Britain’s foreign minister and the first of its kind since our nation attained her independence in 1965, the Prime Minister would invite President Barrow as a special guest. Reporters in fact quoted Johnson at the time before meeting Barrow on how his election to oust President Jammeh after 22 years “highlights the continued strengthening of democracy in West Africa”. What could have gone wrong in that subsequent meeting for Johnson to exempt Barrow three year later? Any transcript of what they discussed? I need to know.
The government aught to recognize the fact that we are in very abnormal times, thanks to the coronavirus pandemic; but sitting and waiting for normalcy to return as we used to know before is quixotic.
President Adama Barrow must start getting involved for the benefit of the nation.