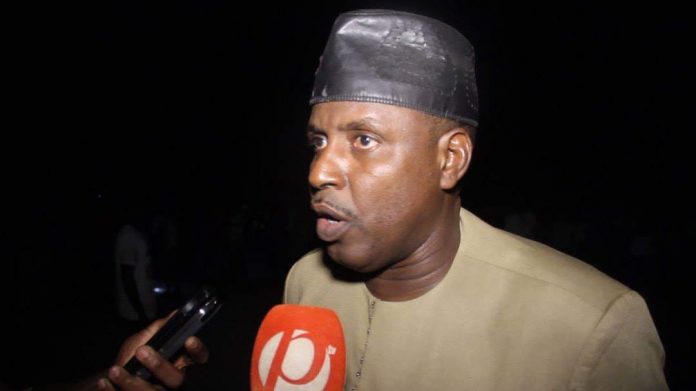 Former spokesperson of Gambia Democratic Congress, Muhamadou M5 Jallow, who momentarily left for the newly formed National People’s Party of President Adama Barrow, has told The Standard that he regretted approaching the President to support his political agenda.

Jallow, who left the GDC last year as a result of some alleged ‘irregularities,’ also made it clear that he is not re-joining the GDC.
“I left GDC to join President Adama Barrow but I could not have any room there. I followed him for over two years but I didn’t get any response from him,” he told The Standard yesterday.

He continued: “I went to Barrow’s own house and also met him at the State House but he seemed uninterested. But I am sure there are some people who are trying to discourage him from welcoming me to the party, but he should not have accepted that because those people have nothing to offer him.I believe Barrow should look for people who are experienced to guide him through his political agenda. I tried to help him but I couldn’tand I am not readyto continue following him for his own good for over two years.”
Mr Jallow said the people surrounding Barrow are nonentities who cannot take him anywhere. ”They will make him fail,” he argued.

Re-joining GDC
Reacting to reports that he has re-joined the GDC, Jallow said: “If you don’t hear from me directly in the form of a resignation letter you should not take it seriously. I saw the reports claiming that I have re-joined the GDC but I didn’t react to them because one thing is my principle, I don’t want to be disrespectful to any Gambian organisation, political party or even a group of Gambians because after all we are all Gambians.Once I made a decision, it will bepublicised but for now these are well wishers who want me to return to the party but don’t be surprised to see me with another political party,” he said.