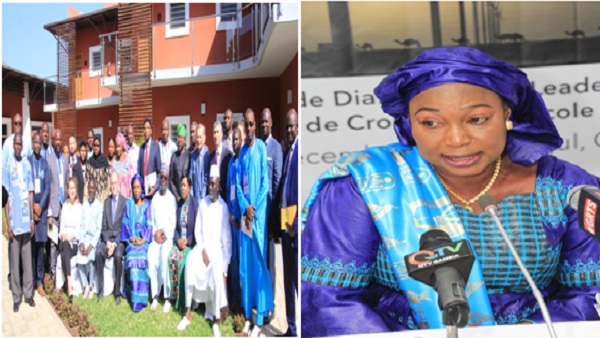 The Malabo Montpellier Panel is a group of international agriculture experts who guide policy choices that accelerate progress towards food and nutritional security in Africa.
The Panel, which consists of seventeen international experts in agriculture and related fields, has released a report on Tuesday in Banjul listing the six leading African states that have made some progress in terms of providing energy accessibility to rural farmers and women. Ethiopia, Ghana, Morocco, Senegal, South Africa and Zambia are considered the six leading nations to have made a breakthrough in rural energy supply.

Professor Muhammadou M.O Kah, former University of The Gambia Vice chancellor has stated that the Gambia government improve its spending on the Sapu rice fields in order to ensure sustainability in rice production. Gambia annually spends around US$50 million on rice importation.
Prof Kah made these remarks at a Ministry of Agriculture and Malabo Montpellier joint Forum.

the latest report of the Malabo Montpellier Panel discusses how energy sector reforms can transform Africa’s agricultural sector and food system.
As The vice president of academic affairs/provost & professor of information technology & computing prof Kah said Sapu used to be the driver of agriculture, “But unfortunately for the past 22-years it has been neglected and gradually fallen into decay and dysfunction.”
“If we as a country need scaled and sustainable agriculture, address food security and young unemployment, we must pay attention to Sapu and rebuild it aggressively and not rhetorically. We should put every dalasi and every effort to revisit the policy regime and re-connect to give this country a renewal. A chance where agriculture can be sustained, the food system can be addressed and we can make this place attractive for the youth thus drive social entrepreneurship,” he said.

Kah a member of the Malabo-Montpellier Panel and Gambian-born further said: “Under the Malabo Declaration, African governments have committed themselves to increase the use of reliable and affordable mechanization and energy supplies, including agricultural inputs. However Africa is not on track to achieve the Sustainable Development Goals of universal access to affordable, reliable and modern energy services by 2030,”
He described the emergence of agriculture centrality in the Gambia from the bottom to the top under the current government.

Turning onto Africa’s energy prospects, Professor Kah said: “Across Africa the number of people gaining access to energy has doubled from nine million to twenty million between 2014 to 2018 which is thus out pacing population growth. however the number of people without electricity was at 610 million in 2013 and at around 595 million in 2018.”
“The Africa energy outlook report based on current and announced policies suggest that Africa energy demand will grow twice as fast as the global average over the next two decades,”

The report further states that Africa accounts for just over six percent of the world’s energy demand, despite hosting 20 percent of the global population, leaving rural areas relying on manpower for 80 percent of the energy used in farming.
According to Kah, the report offers valuable insight and recommendations to help hasten Africa’s journey towards universal energy access.

Investing in new off-grid and mini-grid technologies to extend energy access across Africa will be instrumental in helping smallholder farmers to meet rising food demands.
Ousmane Badiane, co-chair of the Malabo Montpellier Panel, said: “As demand for food continues globally, universal access to energy will become an urgent necessity, both for the production, processing and consumption of more nutritious food.”

He added that access to reliable, affordable and sustainable sources of energy to prepare land, plant, harvest, process, distribute and cook food, will ensure that Africa’s agricultural sector can respond to this demand, all within the context of climate change and increasingly scarce natural resources.”

The experts highlighted opportunities for greater energy access to transform the livelihoods of the rural poor, reducing the drudgery of their work and generating higher incomes.
The report states that the rapid spread of off-grid and mini-grid solutions for renewable energy offers hope that Africa can leapfrog outdated and dirty technologies, with almost five million families installing solar home systems in 2018, the authors said. Overall, it added, cooking accounts for more than 70 percent of household energy usage in Africa, compared with less than 10 per cent globally.

“Africa is the highest consumer of traditional solid biomass such as fuelwood, charcoal and farm residues, including animal dung” said Joachim von Braun, co-chair of the Panel who serves as Director, Center for Development Research (ZEF) at the University of Bonn in Germany.

“For those cooking indoors in poorly ventilated spaces, this means daily exposure to noxious fumes and the burden of collecting fuelwood – falling heavily on women and girls. Improving Africa’s energy access, then, is also a public health issue.”

The report’s recommendations include designing integrated approaches to energy strategies and policies for agriculture, ensure that energy access targets benefit rural areas and are consistent with the overall development strategies adopted by African countries.
Scaling investments in off-grid and mini-grid solutions, adopting gender-responsive energy strategies that involve women in the design and implementation stages, ensure new technologies and tools to fulfil their needs and benefit their families, rural communities and the broader economy.

The Gambia’s Agriculture Minister Amie Fabureh described the Banjul forum as timely. She admitted that Banjulinding Women Garden which has 22 hectares is able to cultivate only five hectares due to insufficient energy supply.

The Minister said the government has already started collaborating with the private sector in their efforts to revitalize Sapu to ensure that rice production is enhanced.
they have started with 30 hectares and had signed an MoU with FAO to contract two hundred farmers to enhance quality from production to market.

With regards to the Malabo Declaration of committing 10% of countries national budgets to agriculture, the minister added: “We must endeavor to fulfill our commitments to move the agricultural development agenda to the level it deserves to make it an engine of economic growth, improved livelihoods and a source of jobs for our teeming youth population.”