Mamadou Tangara must resign and apologise for aiding and abetting tyranny 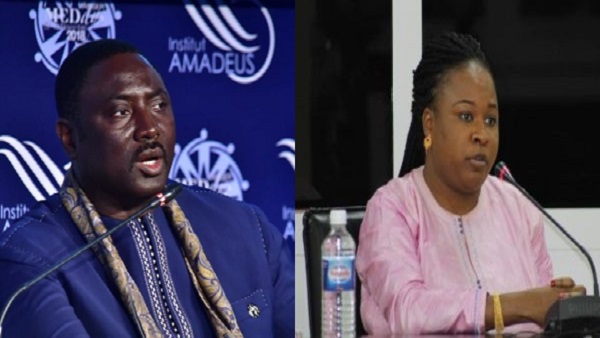 The rebuttal by Mamadou Tangara that he never sought the extradition of Ndey Tapha Sosseh from Mali is laden with loopholes for which Tangara cannot exonerate himself from such an immoral and unpatriotic act.

After serving a dictator for so long in such a strategic capacity, Tangara cannot make me believe that he believes in and upholds any higher values and standards otherwise why would Tangara, a highly educated and marketable intellectual as he is and knowing the brutality and despotism of Jammeh, decided to stick with Yaya Jammeh until the end? No human being deserves trust and respect who aids and abets a tyrant and a tyranny that is notorious for rape, torture, murder and plunder of public wealth.

In his rebuttal Tangara acknowledged that indeed Tyrant Jammeh expressed concern about the presence of Kukoie and Ndey Tapha in Mali.

Knowing Jammeh, does Tangara want to make us believe that Jammeh will only express such a concern and not go further to seek the extradition, abduction or murder of these individuals? By acknowledging that Jammeh raised that concern it is clear that indeed Jammeh would indeed send him to Mali to execute that concern.

Tangara knows, like the rest of us, that Jammeh has no values, no morals, no patriotism and no fear of God to seek the destruction of the rights and life of a human being especially those he perceived to be his enemies.

Further, in his misleading rebuttal Tangara said he did warn one Jibi Bah to be careful of Jammeh but then he could not reach out to Ndey Tapha for “obvious reasons”! What are those “obvious reasons”? How could Tangara find it difficult to contact Ndey Tapha when it was Tangara himself who said that Ndey used to send him pictures and reports of her activities.

Tangara went further to even claim that he had once “handpicked” Ndey for a training in Mali.

The question therefore is how could someone be so close to you that you even recommended her for a training but then you cannot make a mere call or text to save her life? Who is Tangara trying to hoodwink?
By alerting Jibi that he was in danger from Yahya Jammeh and by urging Malian authorities to provide security for Ndey if indeed true, how come therefore that Tangara could not reach out to the main person herself to alert her? Or else, how come Tangara could not also reach out to Mrs. Adelaide Sosseh, one of the most popular and accessible Gambians and the mother of Ndey to warn her? How come Tangara could not even find any trusted person under the sun to warn Ndey? If Tangara could play the kind of role he claimed to have played in the release of Amadou Scattred Jammeh, how come he could not play a similar role in the case of Ndey by reaching out to her?
I am sure Ndey Tapha Sosseh is not ignorant or an ingrate or plainly malicious against Mamadou Tangara.

If Ndey could acknowledge the divine intervention provided by the late Kalifa Bajinka how come Ndey could forgot or misconstrue the role played by Tangara.

We had seen other witnesses also mention the saviour role Kalifa played but no on ever mentioned Tangara.

Why? As Tangara himself acknowledged indeed Ndey is a smart and intelligent woman and I add that she is also one of the most decent, honest and trustworthy human beings on earth. Therefore, I do not see why Ndey would face the world only to lie against one man called Mamadou Tangara or forget or misunderstand how Tangara helped her!
What I can deduct from Ndey’s testimony and from the misleading rebuttal of Tangara is that indeed Tangara is one of the most prodigal sons of this land who unleashed excruciating affliction on the body and soul of our nation.

This is because Tangara is one of the most highly educated human beings in the world. Tangara knows that Yahya Jammeh was not only uneducated and ignorant, but he was also corrupt, vile, immoral and despicable who has no good for any society.

Yet Tangara decided to share even one day with Jammeh to enable him to continue to unleash havoc on Gambians.

By his education and experience, one would have imagined that Tangara would not even have hesitated for once to join the Jammeh Cabinet.

Not only did he join that Gang of Imbeciles, but he also went further to bask in its glory and defending that regime with all of his might and soul! Shame.

Let Tangara resign now and offer an unconditional and unreserved apology to Gambians for his role to sustain a brutal regime whose only character was to kill and rape hundreds of Gambian men and women and boys and girls.

Tangara cannot claim that he was not aware of murderous, corrupt and criminal nature of Yaya Jammeh and the APRC Regime! Yet he served them well!
Well before the TRRC all Gambians know that it was Yaya Jammeh and his Junta who killed Koro Ceesay.

Tangara cannot claim he did not know that it was Yahya Jammeh who ordered the shooting to death of 14 Gambian students.

Tangara cannot claim not to know that it was Yaya Jammeh who ordered the killing of Deyda Hydara, Chief Manneh or Mamut Ceesay and Ebou Jobe or Solo Sandeng.

Tangara cannot claim that he did not know the existence of the Junglers, and the culture of tortures and extrajudicial killings perpetrated by them under the command of Yahya Jammeh. Yet despite this knowledge, which all Gambians also know, Tangara silently and obediently continued to serve that tyrant.

What kind of human being is Mamadou Tangara? Which God and what religion does Tangara believe? What values does Tangara uphold?
At the end of the day all that I can say is that it is in fact Pres Adama Barrow disrespecting Gambians.

For it is so disappointing and insulting that indeed President Adama Barrow could think of nothing other than to appoint people like Mamadou Tangara into the highest office of the land.

The decision to appoint Mamadou Tangara into the Cabinet of the Gambia is the most stupid, immoral, unpatriotic, ungodly, insulting and treacherous decision anyone can make.

Whoever appointed Mamadou Tangara into our Cabinet can only be described as a traitor, betrayer and unworthy son or daughter of the Gambia.

It is such a shame and insult of unparalleled proportions!
Ndey Tapha Sosseh is a patriot.

She is among the best sons and daughters of the Gambia.

She is not comparable by any standards to Mamadou Tangara and all those traitors and immoral sons and daughters who sold their soul to Yahya Jammeh to betray Mother Gambia! Ndey Tapha Sosseh could have equally prostituted herself to Yahya Jammeh and become an ambassador or director or governor or permanent secretary or minister.

But no, she chose the Gambia instead while Tangara disowned the Gambia and chose Yahya Jammeh.

Ndey Tapha Sosseh is far more decent and patriotic than that! Shame on Traitors!