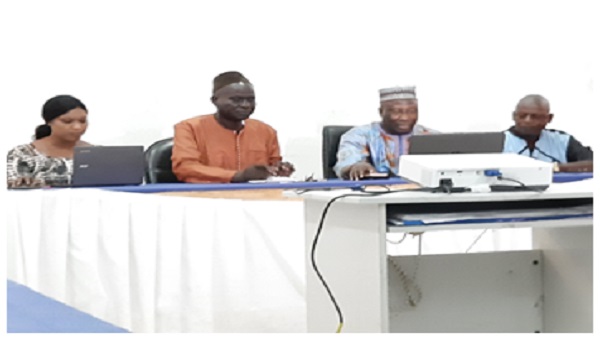 Media Agenda, a research and training organisation, has commenced a five-day training workshop for 15 female journalists across the country.

The training is part of the implementation of the second phase of a $20, 000 project funded by the United Nations Educational, Scientific, and Cultural Organisation (Unesco), Dakar office to build institutional capacity of network of community radios and women journalists association to offer quality radio programs.

The director of Media Agenda, Madi Ceesay, disclosed that the first phase of the training program was rolled out in April, benefitting fifteen women journalists from across the country.

“The training is mainly for female journalists.

A similar training was conducted in Albreda as participants were drawn from across the country.

The five days training will take the participants through thematic areas of radio reporting and broadcasting,” said Ceesay.

He said Media Agenda since inception in 2006, has trained scores of Gambian journalists from both the print and electronic media.

“You cannot expect this training to make you full fledge journalists in five days, but we hope it can add some values in your work. I will also encourage you to engage in project writing so that you will be able to start rolling your own projects,” he said.

Ceesay, who also doubles as the proprietor of The Daily News and a National Assembly member for Serekunda West, challenged the participants to take their careers seriously.

He further disclosed that the 15 participants of the first phase of the training at Juffureh in April 2019 will join the last batch on Friday to receive their certificates and electronic voice recorders to facilitate their work.

Also speaking, Momodou S Ceesay, NAM for Janjanbureh Constituency, said the training was “very much consistent” with the Media Agenda’s commitment to the promotion of journalism in the country.

“Media Agenda has been doing very well in the areas of developing the knowledge of Gambian journalists and I am very glad to see young female journalists venturing in the country’s media,” he said.

This, he said, will erase confidence of the public in Gambian journalists.

He extolled the participants for attending the training, and urged them to be punctual throughout its duration as important issues relating to journalism will be discussed.