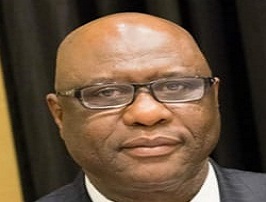 Sheikh Omar Faye, the newly appointed Minister of Defense has told The Standard that he takes the appointment to complement President Adama Barrow’s development goals, but not to compete or to undermine his policies and development aspirations.

“My top priority of course will start with armed forces but the job entails overall defense of the country and its peace and stability.”

Faye, a former major in army underscored the need for citizens to nurture and protect democracy as the most civilized way of living in a nation state. “Democracy of course thrives on respect for the rule of law by every one in any capacity or as ordinary citizens,” he said.

Minister Faye urged citizens to conduct themselves peacefully at any given time, adding that whether expressing their views in demonstrations or protests, Gambians should avoid violence or destroying public and private properties.

He added: “We are not saying people should not demonstrate.

However, we must do it professionally and with respect.

I have respect for everybody.

I am the minister of defense for all Gambians irrespective of political affiliation,” Faye noted.