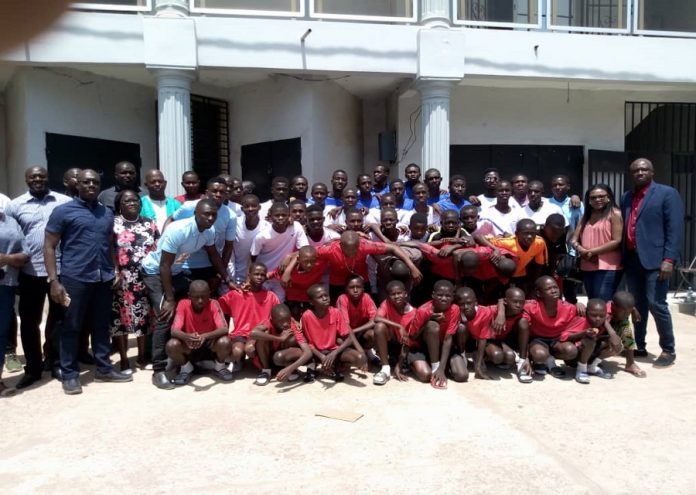 Medina United FC of Lamin on Saturday formally launched a football academy with over 60 children from different age categories, to reach another notch in the club’s 15-year success story.
Mike Nichol, founder and owner of the club said the academy will protect young players from the club and indeed Lamin from being taken away by clubs from elsewhere as they will be professionally bred, nurtured and turned to stars from the same place.

He thanked the technical team and fans of the club for standing by them.
The 3rd vice president of the GFF Gen.Lang Tombong Tamba said the formation of academy is in fact a personal gratification for him since his role in GFF among other things include an oversight over youth football matters. He spoke proudly about the contribution of Lamin into national football from many decades both in terms of players and technicians.
Sang Mendy the technical director of the academy spoke of a new era in Lamin football with the establishment of the academy and promised to mold the children to develop the best culture, attitude and ambition as a footballer.

Many other speakers from the town welcomed the Medina United Academy calling it a blessing in the already rich record of the team which won titles in domestic Nawettan.
Football enthusiasts in the town spoke proudly of Lamin as the town currently holding the captain arm band of the national team in Omar Colley.
Read more and the profile of Medina United tomorrow.