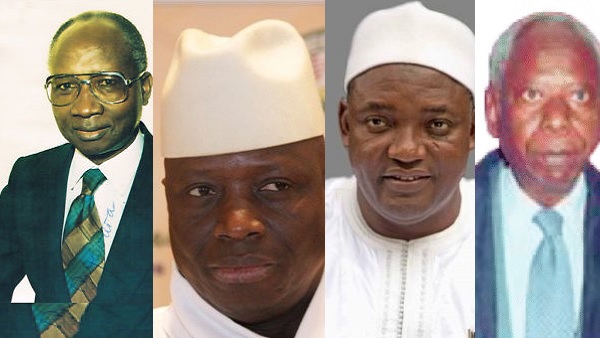 The leader of the National Reconciliation  Party (NRP), Hamat Bah has claimed that a ‘Sheriff’ in Lower River Region had predicted in the 1980s that the man who would take over from former President Sir Dawda Jawara would be a killer and after him, a beautiful man would come and lead The Gambia into success.

Speaking at State House recently during the visit of Barrow’s supporters from LRR, Tourism Minister Bah said many years ago, a man said to be from the same LRR, told him that one ‘Sheriff’ had informed some supporters of the late Sheriff Mustapha Dibba of the NCP that the president who would take office after former President Jawara would be a killer.

“The supporters of the NCP went to the ‘Sheriff’ in the area, days after an election and demanded to know from him why despite residing in their area, their candidate always lost elections. But after reflecting for a moment he told them the next president would be a black person who would claim to be a Muslim, but in contrast, would end up being a killer,” Hamat said, quoting his visitor.

He continued: “The man told me the NCP supporters were not happy with the response from the ‘Sheriff’ because at the time, they thought it was only the late Sheriff Dibba who was capable of taking over the mantle of leadership from Jawara.”

He said the marabout also told them that the person they thought would be president would in fact find himself in prison.

Hamat said the ‘Sheriff’ also informed them that the president coming after the killer (Jammeh) would be a peaceful and prosperous one.

According to the Sheriff, Hamat Bah went on, “that president who would succeed the killer would be a peaceful, god-fearing and a very beautiful person and during his term something would be dug from the soil and people would look for visas to come to the country and Gambians will never leave the country again. But before that man would come, you will suffer for at least 20 years,” Ham said, quoting the marabout.

Mr Bah said after the man explained that story to him (Hamat), he also told him that he himself could be that person.

“But I said to him no, it is not going to be me. The person is unknown but we will know him. It was after that Adama Barrow came to tell me that he wants to run and he knows I too wanted to run. Adama told me that whether I agree with him or not he is sure he will contest and he will defeat Yahya Jammeh. He also told me he has concrete evidence and he was ready to put his life and wealth to liberate the country from Jammeh,” Hamat Bah told the gathering at State House.

Hamat said it was after a thorough reflection on what the man told him about that marabout’s words, that he informed his people that Barrow is going to be Gambia’s next president, “Whether people like it or not. I told my people, I was not going to contest. But the Coalition partners requested for me to contest if not the process will not be credible. This is how I decided to run. What President Barrow has done in this country no president has done that since independence.

I believe we should have one objective and transform the country and for this to happen we should stand by President Barrow and support his agenda,” he concluded.