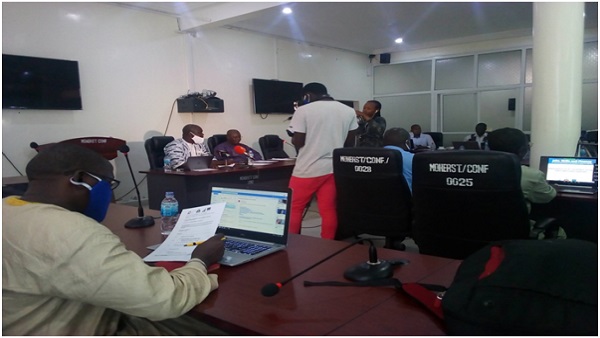 The Ministry of Higher Education, Research, Science and Technology (MoHERST) on 16th of July, 2020, conducted its eighth National Technical and Vocational Education Training (TVET)committee meeting, held at the ministry’s complex in Bijilo.

The meeting accorded them the opportunity to present and discuss the national TVET roadmap of The Gambia.

The National TVET Committee was established in March 2019 by the Ministry of Higher Education, Research, Science and Technology, and tasked with the responsibility of acting as a consultative and technical advisory body. It was officially inaugurated on the 30th of April 2019.

The Deputy Permanent Secretary (technical) and chair of the meeting, Mr Yusupha Touray, introduced the meeting by recognizing the presence of partners and stakeholders from different departments and institutions; some of who werepresent virtually.

In his opening speech, the Permanent Secretary of MoHERST, Mod A.K Secka, highlighted the significance of the meeting, noting that it afforded an opportunity to present the first progress report on the implementation of the TVET roadmap,getting updates on the development of the new national TVET policy and other TVET related activities.

He mentioned MoHERST, NAQAA and NYC as the three leading institutions for the TVET project this year, working to promote technical skills through the national communication campaign.

Emphasizing the importance of TVET education, Mr Secka described it as a very essential investment not only to government, but also to the private sector as well as the whole nation at large.

While acknowledging the support rendered by various partner institutions and organizations, the Permanent Secretary expressed hope that the support will continue as they move into the implementing process of the road map.

Challenges were also identified regarding the execution of certain activities. COVID-19 was pointed out as a major challenge which could affect the delivery of training and learning programmes. Funding was also raised as another potential setback.

In the final leg of the meeting, the floor was opened for a question and answer session whereby concerns were raised regarding the presented TVET plans and procedures.

The Permanent Secretary of MoHERST allayed the fears and concerns of partners and institutions by reaffirming the commitment of his ministry in ensuring that the TVET programme is handled efficiently and effectively.