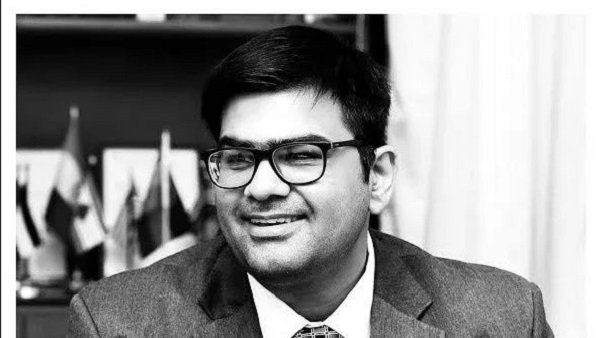 Mental Health Well Being and Psychology remain a road less trodden upon. Students seldom venture into that undergrowth. But, those who do, are remarkable men of capabilities.

One such excellent person in today’s world is Prof. Nabhit Kapur.

Ambassador Nabhit Kapur is a household name among today’s psychological doctors and specialists. Dr. Kapur has remarkable potentialities and a charismatic personality, with which he aims to spread the message of social and mental well being throughout the world.

Dr. Kapur envisages a world free of mental health stigmas and taboos. He relentlessly crusades against these.

Having made Mental Health a household name, Dr. Kapur is widely recognised with many recognitions globally , bringing about a leading remarkable success to the field of his. He is a psychopreneur, an author, a TEDx speaker and a Mental Health Advocate.

Dr. Kapur is widely recognised as one of the world’s youngest and coruscating personalities to lead the Mental Health Advocacy change. He has been, by FAAVM Canada, identified as the one of the internationally most influential psychologist.

Beyond psychology, Dr. Kapur remarkably contributes to the betterment of the State of African Diaspora, serving as its first non African member . He is an ambassador to SOAD and the social impact  advisor of the Vice President of Liberia.

Dr. Kapur heads an organisation called the Peacfulmind Foundation, which is registered as a member with  United Nations global compact and visions to make mental health a household term.

Dr. Kapur’s invigorating contributions to Africa have brought both him and the State of African Diaspora to global limelight.

With regards to the present COVID situation, Dr. Kapur and his team are conducting awe inspiring outreaches and helping create a global team of envoys to fight the virus, spread awareness for mental wellness during this time  and to save humanity. PMF was featured in Forbes and corporate investment times for their commendable action plan for mental wellness initiative during covid 19.

Prof. Dr. Kapur has also been awarded numerous awards including the REX Karmaveer Chakra by the United Nations, apart from pathbreaking awards in his field. His knowledge, skill, commitment, consistency and precision with perseverance to get things done is one feature hard to find in people.

His only aim is to create a world where everyone will be exhorted to better this movement led by Dr. Kapur, aiming to make Mental Health an aspect in everyone’s life, leading to the betterment of humanity.

Dailyhunt
Disclaimer: This story is auto-aggregated by a computer program and has not been created or edited by Dailyhunt. Publisher: Souhardya De
- Advertisement -
Share
Facebook
Twitter
Pinterest
WhatsApp
Previous articleYard Owners To Decide Explosive Latrikunda Alkaloship Crisis
Next articleLetters: On the EU and their affront to our religion and culture: Let’s break the ‘yabaateh’
Join The Conversation