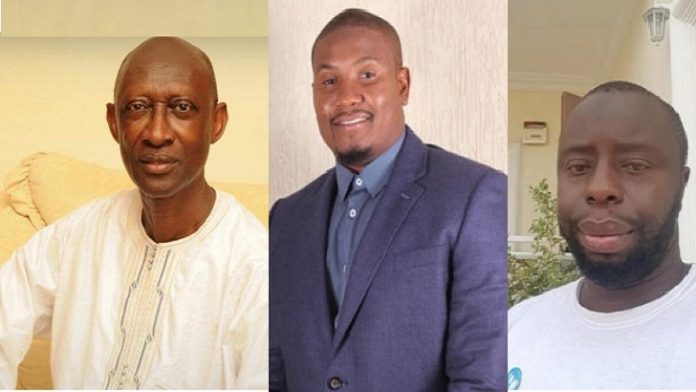 The Kanifing Municipal Council yesterday declared that it has now resorted to taking the highly explosive Latrikunda Yeringanya alkaloship crisis to voting by yard owners after the two rival parties failed to agree to amicably settle their differences at the community level.

The Mayor’s office last week gave the two parties a one-week ultimatum to seek a consensus as to who should be the Alkalo or else the Council will step in.

The Kanifing Municipal Council initiated a peace meeting last week between the rival parties but the meeting could not proceed due to concerns allegedly raised by Pa Omar Faal.

This prompted the council’s mediation team to summon the two parties to another meeting scheduled for yesterday but before the meeting would start, the town’s Imam Bassirou Drammeh wrote a letter to the Mayor informing him that Pa Omar Faal has been chosen by the elders to be Alkalo.

The Municipal authorities however kept faith in their planned meeting between the two sides but after waiting for Pa Omar Faal for almost an hour, the mediation team went ahead with their meeting and recommended that the matter be settled through voting by compound owners.

The director of compliance at KMC and member of the mediation team, Dembo SN Sanneh, said he had informed Pa Omar Faal’s camp that the decision of the few elders of Faal Kunda would not matter in this case and that he should attend the meeting as requested.

He said an imam cannot decide who should be Alkalo.

“We have made lots of efforts to get Pa Omar Faal to the meeting but he has been giving us excuses here and there. But we will still find time and meet him separately on this matter,” he said.

An Alkaloship selection form requesting information of compound number, identity card number or voter’s card, telephone and signature/thumbprint of yard owners was handed to Swaebou Faal but when contacted to come for his own, Pa Omar Faal told the mediation team over the telephone that he was not going to entertain any form of voting whatsoever.

On his part, Swaebou Faal, who was followed to the KMC by scores of people, said he feels like the council is giving Pa Omar Faal too much room.

According to the Local Government Act, the Minister of local government shall appoint an Alkalo in consultation with the divisional governor or chiefs but in the case of the KMC, the administrative secretary will be the mayor.

The Act states that any person vying for the position must be a citizen of The Gambia, born and resident of the village or town concern and be knowledgeable in the cultural laws of the village.

Five Alkalolu have already passed away since Talib Bensouda took office as Mayor and he had to face the task of mediating in ushering the heirs.

The National Assembly member for Serekunda West, Madi Ceesay who is also a member of the mediation team, urged both parties to exercise patience and ensure the matter is solved amicably, putting into consideration the issue of lineage.

By the time we went to press, the council’s mediation team was still trying to get Pa Omar Faal to a negotiation table.