NAMs say they will return land if… 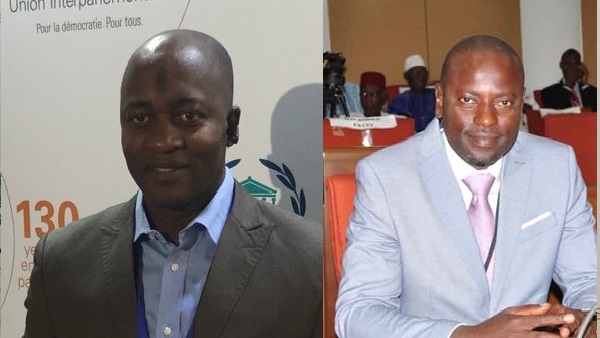 At least two National Assembly Members have said they will return the plots of land allocated to them by government in New Yundum if the community could prove before a court of law that the contested land belongs to them.

The community of New Yundum, led by the village development committee (VDC) has recently called on government to return the 50-hectare (1000 x 500 meters) community reserved lands on the Coastal Road opposite the Yarambamba Housing Estate,

Continued from P2… some parts of which have been allocated to lawmakers and civil servants last year.
Talking to The Standard yesterday, representative for Fulladu West, Sana Jawara reacted: “I am very concerned about these land issues around the country and I don’t think it is fair to deprive anybody of his right to land, especially ancestral land. However, the allocations of lands to government officials is not new in The Gambia. It is a longstanding act of parliament.

“I was once engaged by a concerned citizen of New Yundum who said he trusted my principles in adhering to good governance and respect for rule of law and would want me to honourably return the land.

“I understand his concerns very well but I will only give back the land if the community can prove to me that the land is actually owned by New Yundum. If that is the case, I will not only stop at returning my plot but I will also convince my fellow NAMs to return their plots. But until then I have no case to answer.”
Jawara said the last time he checked, the contested land was forfeited to the state by one Mr Gaye.

“It is only in The Gambia that sitting National Assembly Members are renting. This is why some of us are exposed to inducements. I empathise with the people of New Yundum but I think they are embarking on a wrong cause. The Gambia I want is a Gambia of rule by law and not by men. I took that land because the law said I am entitled to,” he added.
Jawara said he has already spent at least D500,000 on developing his plot.

Another lawmaker who asked to remain anonymous said: “We didn’t request for the land. It was given to us by the government. If the people of New Yundum feel aggrieved about it, they should go engage the government and reclaim their land. I was just made to sign an allocation document. That’s all I know. But if the community could prove that the land belongs to them I will surrender my plot despite spending a lot of money on it already.”

Different view
The National Assembly Member for Foni Kansala, Musa Amul Nyassi had a different view, himself a former lands minister, said the area was a state-owned land and the state has the prerogative to do whatever it wants to do with it.

“The area has been designated as state own since 1994. No one can dispute that. It is owned by the state and those who were allocated lands there are deserving Gambians. That is my position,” he said.
Minority leader and Member for Niamina Dankunku, Samba Jallow, said he cannot comment on the matter.

- Advertisement -
Share
Facebook
Twitter
Pinterest
WhatsApp
Previous articlePlanned protest in Gambia against US police killings postponed
Next articleCovid-19 in our dear Gambia. Let us listen to expert advice and hit harder in our second fight
Join The Conversation