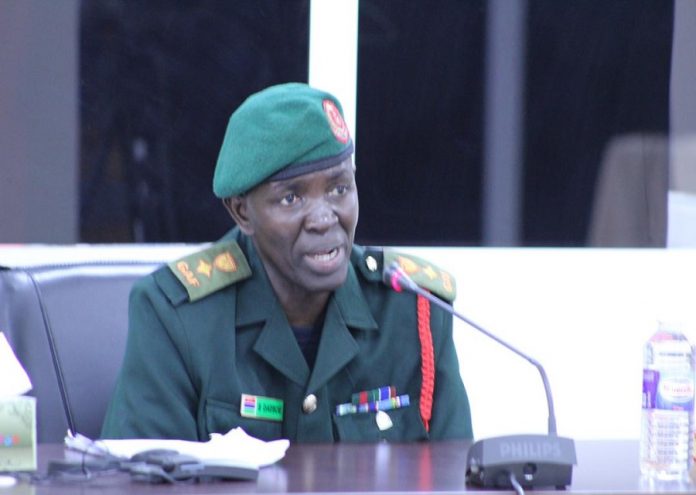 Army Captain Bunja Darboe, who was one of the masterminds of the 2006 coup attempt led by former CDS Ndure Cham, has revealed that the coupists had a plan to appoint a civilian as an interim president if they succeeded in overthrowing the Jammeh government.

Captain Darboe, 51, who appeared before the TRRC yesterday in a lengthy testimony, said the civilians they earmarked were Dr. Malick Samba, Sidat Jobe, Bakary Bunja Darboe, and former speaker of the National Assembly Sheriff Mustapha Dibba.

The former army spokesperson claimed he joined Ndure Cham’s coup as a moral obligation to save Gambia from repression because the president at the time was undemocratic and used the ‘army as his personal fiefdom in crushing Gambians’.

Darboe was under colonel Cham as an assistant at the time of the plot and was amongst dozens of soldiers sentenced to life imprisonment for attempting to overthrow Jammeh when he travelled to Mauritania.

He was granted a presidential pardon in 2015.

“We were trying to see who among these people would have become the interim president because we were only interested in getting Jammeh out and go back to the Barracks,” he added.

Darboe said the plot was informed by unprecedented political interferences, wrongful dismissals, and use of junglers to commit tortures and wrongful killings and lack of freedom in the Gambia.

“Within the army the president could appoint and dismiss anyone based on his whims and caprices.

“He uses the army as his own and he was not following the terms and conditions.

Conditions in the army were not what we envisaged. The president can appoint any CDS the way he wanted…

many soldiers were subjected to forced labour on his farm, rear cattle, baking amongst other issues that they would not have done on their free will,” Darboe stated.

He said these and other factors were unacceptable and wanted to leave the army but Ndure Cham, who was newly appointed convinced him to stay after informing him about his plans to remove Jammeh.

He recalled that prior to the coup he and Cham travelled to canvas support from regional counterparts from Senegal, where they held a meeting with a colonel, who offered support.
According to Darboe, most of the senior army officers were also in support of the idea but eventually betrayed the cause and leaked the information.

Darboe also alleged that General Lang Tombong Tamba, who denied any involvement was in fact part of the coup.

He further claimed that Tamba was among senior officers who were frequent in and out of Ndure Cham’s office, to hold several meetings.

He said when the coup failed, he was arrested by a team of junglers led by Nuha Badgie and Manlafi Corr at his in-laws’ house in Lamin and taken to Mile 2.

He recalled several incidences during his interrogations at the NIA where he was severely tortured resulting in hand fractures and injuries by agents and soldiers led by Alagie Martin.

He also told the commission that he was intimidated to write a fabricated coup speech that was used as a prima facie evidence against him and his co accused persons at court martial.