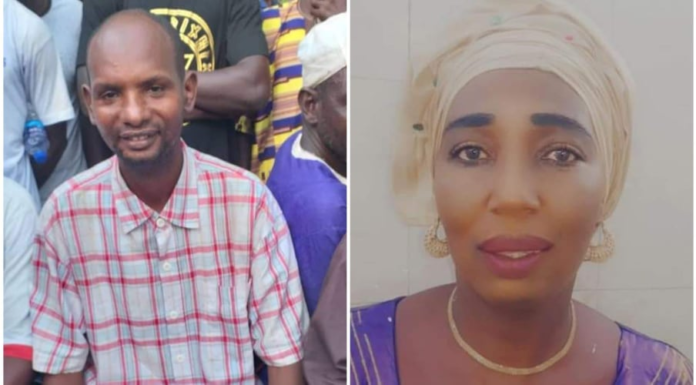 President Barrow’s National Peoples Party made its election debut with flying colours, sweeping the polls in both Niamina West and Kerr Jarga by-elections.

The historic elections were celebrated by the NPP as test and a harbinger of more electoral success next year. However, the party’s arch rival GDC, who used to control both places, said the results cannot mean any weakness for their party as both places are just a single local ward and a constituency contest and is no way comparable to national elections. The elections were widely interpreted to be a contest of popularity between sworn opponents Kandeh and Barrow while others said it also demonstrated an unworkable alliance between GDC and UDP, which worked in the same campaign in Niamina.

The elections, which went off peacefully, however created some talking points. They ranged from Tourism Minister Hamat Bah’s public reprimanding of an NPP supporter or volunteer, to allegations of vote buying and or manipulations.

The GDC candidate, Yerro Jallow on election day raised concerns over the independence of the Electoral Commission, accusing the Election House of not stopping NPP from campaigning well after the official end of all campaigns. “This was clearly a violation of IEC campaign laws. I am a little bit disappointed with the IEC. They said the campaign should have stopped on the 5th, but we had information that the NPP went around on Friday the 6th campaigning during the night. I called the IEC CEO Mr Sambujang Njie and gave him the report,” the GDC candidate told journalists.

In his reaction, GDC leader Mamma Kandeh while congratulating the candidates for their victory, said:

“These results cannot be used as a yardstick to measure any party’s popularity. This is not Gambia but a constituency and a ward,” Kandeh said.

He added: “I thank Allah and everybody who has contributed one way or the other to support us. I also congratulate the elected MP and councillor. The GDC respect the decision of the people of Niamina West and Kerr Jarga. They have decided the people they want to have as their councillor and National Assembly member respectively. I am asking everybody to maintain the peace and the good relationship they have among themselves.”

Asked what the defeat means for the GDC, Kandeh said: “It means that we should tighten our belts and strengthen our muscles and continue to work harder. This is democracy. I am not going to put blame on anybody for anything. For me that’s the end of it. I believe the GDC is even stronger with these defeats.”

Kandeh said he is not going to comment on allegations of any nature.

“To me the people of Niamina West and Kerr Jarga have decided and that’s final. Whatever happened there, I will leave that to Gambians to discuss,” he said.

Meanwhile, NPP’s deputy campaign manager Dodou Sanno, said the victory signifies that people love President Adama Barrow because he is trustworthy. “Niamina have decided that they want to work with the president because only the government and not the opposition can bring a meaningful development to them,” Sanno told The Standard. Asked to comment  on allegations of vote buying and videos showing NPP campaigning at night on the eve of the elections, Sanno denied any body bought votes from the NPP. “If anything, it is the GDC people who wanted to buy votes but they were rejected by the people.  Those videos are all fake. I can tell you that even on election day, I had not moved and only went to one polling station until the final results were declared,” Sanno said.  He described the alliance of UDP and GDC in the campaign as a union of two foes. “When two former opponents come together, they are still of the same opinion they had of each other and will never achieve progress,” Sanno concluded.

The UDP leader, Ousainu Darboe congratulated the winning NPP councilor in Kerr Jarga, adding that his party will intensify its engagements in Jokadu.

Darboe further expressed delight at the election of a woman as councilor, saying it is a remarkable development as it shows politics should not be for men alone.