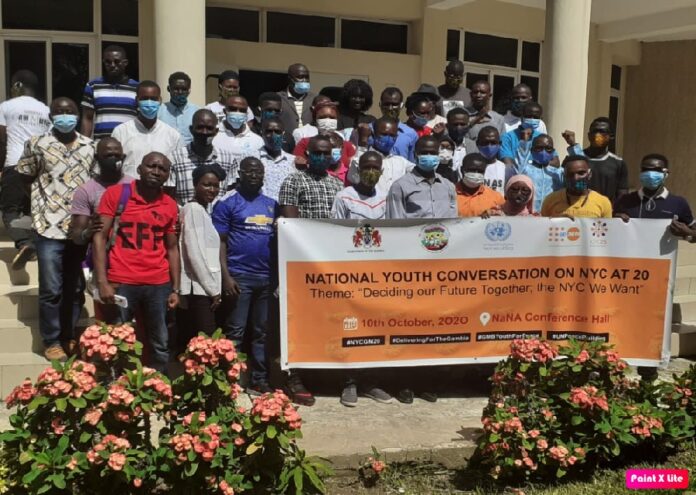 National Youth Council has over the weekend celebrated its 20 years of existence.

Speaking at the event, Alagie Jarju, executive director of NYC, said: “We need to have a conversation among us the youths to see what we have done in the past few years, what we haven’t done right and where do we need to improve to better serve the future of young people of this country”.

Director Jarju stated that they will not only stop at the youth conversations but will reach all the regions in the country to see what they want from the Council.

Dembo Kambi, the outgoing chairman of the Council, mentioned some of the challenges they have been facing. He said after so many calls for a Youth Act, there was a review in 2016 and a bill was supposed to be tabled at the National Assembly but the then minister said he couldn’t present it.

Also speaking, Hon. Bakary Badjie, the new Minister of Youth and Sports, urged everyone to support him in order to complete his mission.

He said he knows some of the people are resistant to change but they have to try.

“The ministry was established in 1982, it was when the first minister of youth and sport was appointed and the youth council is 20 years and if it cannot succeed, then something is wrong despite the investment, despite the time spent; they can’t still achieve their goals,” he explained.

Hon. Badjie further said NYC is not claiming that they are perfect but they accept the fact that it’s an institution that had gone through a lot of challenges and it had obstacles. “So what can we do as youths to make sure this country is developed?”

He said politics should be put aside when it comes to the development of the country.