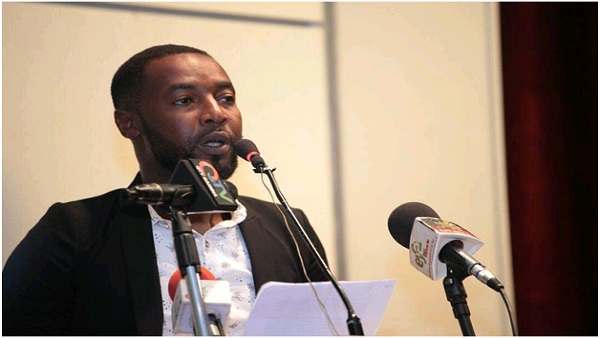 The award is given in commemoration of the International Youth Day – the UN’s annual celebration of the role of young people in creating positive change across the world.

The Stone Circle is The Gambia’s premiere youth-led and youth-focused news website that puts the spotlight on young people and their invaluable contributions to self and national development.

The Youth Excellence Award is The Stone Circle’s flagship initiative that annually acknowledges and celebrates the outstanding achievements of young people who are making significant contributions to national development.

The winner, Omar Jammeh, is the Regional Youth Chairperson of the National Youth Council (NYC) in Central River Region.

Reacting to the award, Omar said he was thrilled to be awarded the 2019 prestigious youth award.

“I am delighted to be accorded the Youth Excellence Award. It will serve as a motivation for me and an inspiration for other young people,” Jammeh said.

The Publisher and Editor-In-Chief of The Stone Circle, Saikou Suwareh Jabai, said Omar Jammeh is a deserved winner of the award.

He described Omar as a champion whose efforts to empower rural youths are open secrets.

Jabai said Omar Jammeh not only has a bright future ahead of him, but has already established himself as a leader and role model for rural youths.

He said youths have a proven capability to lead change, and are a vital and valuable investment for now and the future.

“Young people are often heralded as the leaders of tomorrow, yet in reality they are already leading important change today.

The Youth Excellence Award is here to epitomise that,” Jabai said.

Ebrima Darboe, managing director of The Stone Circle, said The Youth Excellence Award serves to celebrate change-makers and inspire other young people to take action in their communities.

As well as his outstanding strides in promoting sustainable community-based tourism, Darboe said the award is a recognition of Omar’s efforts to champion the empowerment of young people in Central River Region and beyond.

The 2018 winner of the Youth Excellence Award is Momodou Edrissa Njie, the executive director of the Global Youth Innovative Network – Gambia Chapter.

About the Award Winner
Born in Janjanbureh, Omar Jammeh is a committed youth leader and community development worker with a great passion for the empowerment of young people and women.

Omar is serving as a Regional Youth Chairperson, Central River Region and Board Member, National Youth Council (NYC) 2015 to date.

He is currently the director of Janjanbureh Uniting Sustainable Tourism and Community Training (JustactGambia).

Omar, widely known as ‘King’, is a business development adviser at Empretec Gambia and a trained civic educator at International Research Institute (IRI)
Jammeh backed a Certificate in Entrepreneurship, in Benin in 2015 and he served as the centre manager of Janjanbureh Training Centre 2010 – 2012.

Trained and License Community Tour Guide, by Gambia Tourism Board in 2013, retrained by Institute of Travel and Toursim of The Gambia as Tour Guide through the support of Youth Empowerment Project, YEP and a licensed tourism tutor.