On Myanmar and genocide: humanity on trial 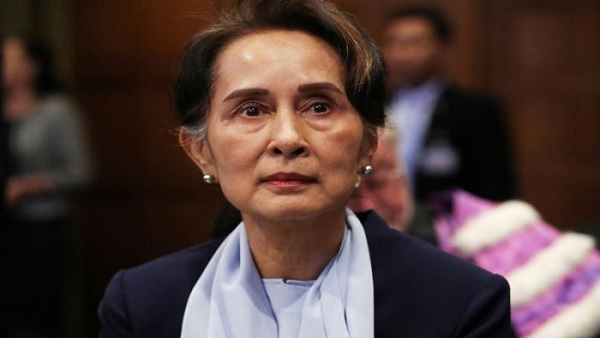 Aung San Suu Kyi’s decision to personally defend Myanmar in the genocide case at the international court of justice has torn away any scant remaining shreds of moral credibility from the figure once lauded as a champion of democracy and the fight against oppression. Yet what is at stake is far more than one woman’s reputation.

Nor is this even about the six military leaders – including the commander in chief – who UN-appointed investigators last year said should be prosecuted for the “gravest” crimes against civilians, including genocide. This is about the more than 700,000 Rohingya Muslims from Rakhine state forced to flee to Bangladesh since late 2016, the 10,000 who UN investigators believe may have died in the crackdown, and the 600,000 still living in apartheid conditions, denied basic rights.

Lawyers for The Gambia, which has brought this case with the backing of the 57-nation Organisation of Islamic Cooperation, laid out the details: the mass shootings, throat slittings, infanticide, torture, rape and burning down of villages, carried out systematically and together amounting to the destruction of the Rohingya as a group, in whole or part. These crimes are well documented.

Even the Nobel peace laureate conceded that “it cannot be ruled out that disproportionate force was used by members of the defence services in some cases in disregard of international humanitarian law, or that they did not distinguish clearly enough between fighters and civilians”. But this did not, she argued, amount to genocide. She did not once use the term Rohingya.

She dismissed the accusations against Myanmar as an incomplete and factually misleading account. (Though the “clearance operation” followed attacks by militant groups on security forces, all the evidence points not to a targeted campaign against insurgents, but a pogrom against a people who have suffered decades of discrimination.) She claimed that authorities had held troops to account – yet even when soldiers were jailed for the murder of 10 Muslim men in the village of Inn Din, they were released after less than a year, while two Reuters journalists who exposed the killings served more than 500 days.

Her personal representation of Myanmar has dispelled any lingering hope that she was acting reluctantly as leader of the civilian government in a country where the military still call the shots. The rallies held to celebrate her advocacy reinforce the suspicion that this appearance is designed to boost her popularity ahead of 2020’s elections. And while she was defending her country in front of the UN’s highest court in the Hague, dozens of Rohingya – including 23 children – were in court in Myanmar for attempting to flee the misery.

To prove genocide requires evidence of intent as well as of atrocities: the bar is high. Even if the court agrees to issue provisional measures to protect the Rohingya, the impact is unclear. The ICJ ordered such measures in 1993; two years later, 8,000 men and boys were massacred at Srebrenica. Myanmar’s generals are largely inured to international condemnation. But the reminder that there may one day be consequences for their actions could offer some deterrent to the worst abuses. It could also increase the pressure on the Security Council to take on the issue. China has received little scrutiny for its role in sheltering Myanmar. This case had to be brought, not only in the hope of offering some protection to the Rohingya, but because – as the court was reminded – what is on trial is not only the state of Myanmar but our collective humanity.