On the chronicles of the kings of Sanjal: Letter to my mentee 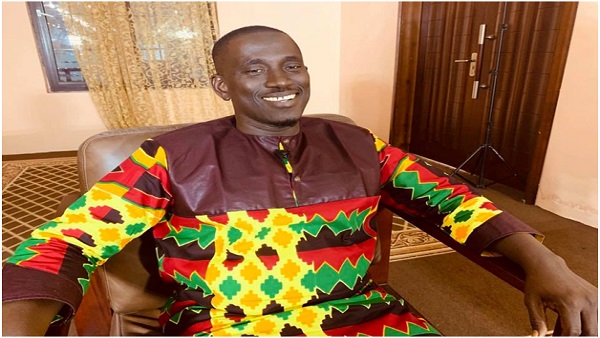 Greetings, thou son of Malang Saibo, and grandchild of the royals of Sabach Sanjal.
It has been quite a long time since we last spoke, but your call this afternoon erased the void that existed for a couple of months.

To have received your call while you are visiting the land of our ancestors in Sabach Sanjal means a lot to me, my young friend. We both have ancestral linkages down the historical alleys of Sabach and Sanjal. And we connect along all the major settlements of that region. The town you are currently visiting happens to be one of my favourite in that area apart from my own paternal home town of Kataba.

Without doubt, the town of Sanjal Sarakunda holds a special place in my heart. And this love affair I have with the town called Madikajaa was largely inspired by the sounds and lyrics of the Kora maestro Jaliba Kuyateh in his classic song serenading the former National Assembly Member of that area (who happens to be your uncle) Honourable Kebba Lang Camara.

For many days and weeks I travelled to school in the Peugeot car owned by my friend and brother Yanks as we struggled with our studies at the precursor to the University of The Gambia, then called the University Extension Programme (UEP). And by the way, Yanks also has a connection with the research project started by your friend Buba Njie. Now you should tell Bobling to look into the story behind a Lambai-Moribolong song in Mandinka with the refrain “torotoro ndingo beh torotoro la!”
The man behind that song is certainly a hall of famer (if I may use American terminology) in the annals of the history of the true men of valour as recorded in the Chronicles of Lambai-Moribolong.

Saibou Junior, behold, Yanks and I met and became friends in the mid 90s when Jaliba just released that song on Kebba Lang Camara and the sounds of that track still ring in my ears. No wonder I used that song as soundtrack for the movie that bears the same title with (and tells the story of) my first book “Jangi Jollof: a Memoir on The Gambia’s First University Programme). That laudatory song on Kebba Lang Camara recounts the history of the Camara’s of Sarakunda succinctly.

Truly the history of our forebears in the Sanjal area commenced with the arrival of the King called Kangkurang Kumba from the royal courts of the Manding Empire. It was Kangkurang Kumba who begot a son called Burama Kangkurang. Was it not that Burama Kangkurang who fathered Nimang Dado? Nimang Dado was to be blessed with great children like Lang Tombong. And the rest of the history of these royal men and women of Sanjal Sarakunda, is it not stored in the memories of the old men and women of that town.

Saibou Junior, you are right at the very fountain of knowledge about our glorious past. Are you going to spend the next few days at the attaya vous of Sanjal or will you pick up pen and paper and ask these old men and women about the details of the chronicles of the Kings of Madikajaa? If you should take my advice and get started on this adventure, you will grow up to thank me for giving you this nudge many years later.

But in the unlikely case that you become lazy and ignore the value of the our glorious past, then one day you will sit down and regret thereby being a victim of the lamentation sang by the great bard of Jamaica, the legendary Robert Nesta Marley:

“Don’t forget your history
Know your destiny
In the abundance of water
The fool is thirsty.”
My young friend, was it not the same Bob Marley who sang in the same song cited above, Rat Race, the following words of wisdom “Political violence fill ya city, yeah!”
And why would political violence not fill our cities when we have abandoned our history and ditched our tried and tested governance systems of our forebears for an over-rated experiment called liberal democracy?

Is there not a case for a hybrid (if not a complete swap) between the Western Liberal ethos and our own traditional concensus-based systems? Is the foregoing thesis not the basis for my son’s award-winning high school sophomore speech competition in Boston? Will you consult him on these and related matters as you proceed in your quest?
Whether you take my advice and embark on this expedition or not, I shall leave you with the time tested wisdom sang by my favourite artist of all time, the legendary Jaliba Kuyateh. Was it not this repository of our glorious history who opened the song about your fathers with these words “chosanoe, ni yaa jeh abetteh-yaa ta; ni yeh e boe dulaa long; e kay taa dulaa lonneh.” (The beauty of knowing and understanding cultural heritage lies in the fact that if you know where you are coming from, then you will know where you are going?)

It is easy to engage in shallow forums and cheesy workshops motivated by photo-ops. But if our Education is to have real impact on the lives of our people, then we must shun pseudo intellectualism and get our hands dirty by shovelling the muddy recesses of our sociopolitical past.

If we should approach this quest with commitment and sincerity, then we shall come out enriched with pearls and other gems of real knowledge that could further enrich our national discourse and put us on a cleaner and safer pedestal as we proceed in this collective journey of nation building.

And as you trudge on in this journey, I shall arm you with a motivational nugget that is as much for you as it is for your friend, Buba Sanna Njie, who has already commenced his own dive into the limpid waters of the chronicles of Lambai.
Here are the words of W.H. Murray, as quoted on page 25 of my sophomore book “Instant Success”:

“Until one is committed, there is hesitancy, the chance to draw back, always ineffectiveness. Concerning all acts of initiative and creation, there is one elementary truth the ignorance of which kills countless ideas and splendid plans: that the moment one definitely commits oneself, then providence moves too … Whatever you can do or dream you can, begin it. Boldness has genius, power and magic in it. Begin it now.”
Over to you now my little brother, son of the Malang Saibo Camara. God bless you Omar.
Yours,
M. Sabally
Former Presidential Affairs Minister and prolific author, Momodou Sabally is an international speaker and leadership coach.

By Madi Jobarteh  Why is the Gambia Government opening up the country without providing any tangible reason for doing so? Not that I am against...
Read more
Opinions

By Lamin Comma I once read a story about some hunters who came together to go hunting.  A group of hunters went into the forest...
Read more
- Advertisment -