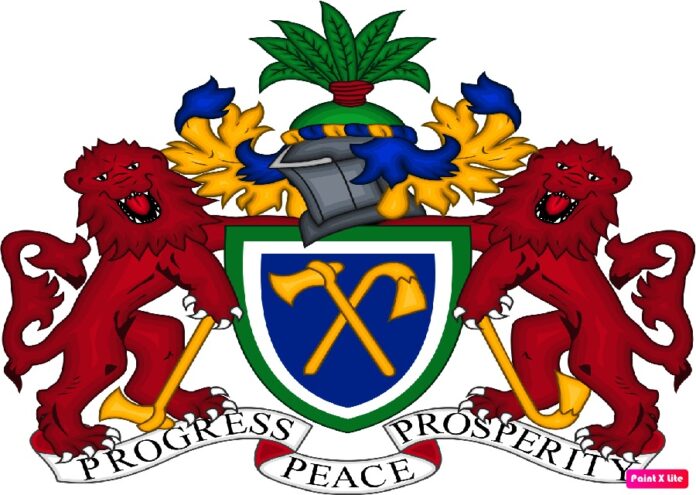 National unity is a priceless asset that must be protected and preserved by all through the culture of engaged scholarship, effective communications, collaboration, diversity, and collective responsibility where differences are acknowledged and recognized. Its importance cannot be overstated, nor can it be equated or monetized in quantitative terms. It is the bond and glue that hold a nation, people, communities/societies together in a unified thread of needles, and any missing needle will result in the collapse of its foundational blocks of peace and stability. Endearing and maintaining its fulcrum should never be compromised as doing so will decimate our humanity to its lowest standards.

A nation that was touted as a jewel of peace and popularly known as the ‘Smiling Coast of West Africa’, where stability and unity in diversity thrive has become a taunted nation with a blinding glare hijacked by the new boys in the hood known as the ‘defenders of democracy and rights activists. We have seen the evil machination of their manipulations, playing smart with comforting words of fighting for the disadvantaged as a pretext to enrich and build their stomach infrastructure on social programs. They disguised under the guise as the good guys and defenders of rights with hidden agenda, while they are the masqueraded chiefs of violence using our democratic dividends as their weapon of opportunity to unleash the beast of men in the foray. It seems the nights have come for us and the only saving grace from the darkest of nights and nightmares of tormented souls is conscience. A conscience that is outside the confines of unhinged is the sweet pie that gets the work done.

However, the waves of fear, paranoia, degeneracy, false consciousness, and democracy without responsibility have hijacked our civility and core values as a society.  We have seen uncivilized acts of immaturity in our polity driving a thick wedge for the fall of a nation at the behest of ignorance and propaganda. This is partly because we had weaponized our personalities with the politics of insults, division, and strolling with vitriol and tantrums as our doctrines for democratic pluralism born out of anger, ego, and arrogance, not hope. We radicalized our divergent views with the mantra of a vile pretense of disagreeing with others on substantive issues, while in fact, it is born out of hate as a result of having different political ideologies, and not generated through the democratization of ideas in the course of ideation. Wow, what a damaged personality in nation-building! Ebrima, Samba, and Pateh were of the view that we were “breaking the glass ceiling” in our new-found democracy after December 1. But Mariama, Isatou, and Demba were mistaken as we were headed on the grinds for the “gringos” to taunt and haunt us as chickens come home to roost. Our nation is under siege on multiple fronts under the command of “political Ninjas” and economic vultures. These people will suffocate and drain our human spirits. They will prey on us to inconsiderate ends because the hustle is real. After all, we had left our guards down, not knowing what we wanted and failing to prioritize our development aspirations, while infesting our social fabric with poisoning hypocrisy based on their doctored philosophies to hijack and destroy the foundations of our unity in diversity with self-serving desires and interests for political expediency.

It is interesting to note that what we have become as a nation is unimagined. Many wondered what has gotten over us to the extent of not recognizing each other and why are we so obsessed with the “crab in the bucket mentality”? On the question of the “crab in the bucket mentality”, I do not think that is the tool we will be using to drive our national development vision! Because if we do, then there will be no Gambia in the comity of nations but rather a beggar’s nation that only exists and survive on handouts.  And, that is not the wishes and aspirations of any one of us, despite our differences and political ideologies. We must learn to live together, love, support, embrace, and accommodate each other with a common purpose. That is the character we must crave to imbibe if we are to make a difference in building an enlightened and prosperous nation, we all dream of overtime for ourselves, children, and unborn generations yet to come. Let us no roll our backs as we have a country to build. A country that cries for help in the silence of the night. Craving for prosperity and the writing of the wrongs on our faulty models of development as a result of our shortsightedness and failure to critique, review, and build a more-suited development that reflects our realities rather than the directionless inherited governance that made us become prisoners who failed to think outside the box, since independence. Though we can accept that damage has been done. That is inevitable as we cannot turn the hands of God.

Thus, to conclude, we must not lose sight that we are a traumatized nation, and our citizens need immediate therapeutic for trauma and psychoanalysis treatments. And, that the end is nigh if the fractures and tensions continue to take a significantly negative impact on our lives. We are a country, and we cannot afford to be on the losing end of history as punctured and steer less vehicle in the middle of the Sahara Desert to drive good governance, responsible leadership, citizens engagements, and development in the absence of a good vision and issue-based policies. Personality politics generated through the whims of grandeur cults and the godfathers of nepotism and must not define or characterize us. We must muster the courage to strategize our efforts based on the thrust of entrepreneurial cognition, where we can use our creative ingenuity, and competitive aggressiveness to turn the tide of missed opportunities into realizable and tangible outcomes for the benefits of all (citizens and residents).