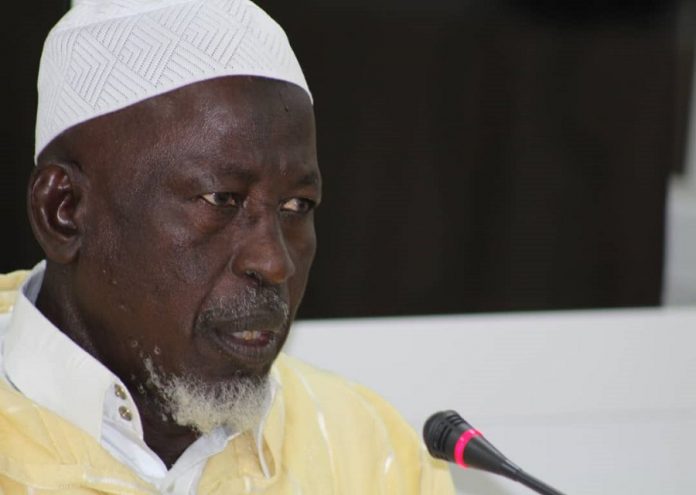 Oustaz Ismaila Manjang, a renowned Islamic preacher, has yesterday told the TRRC that his arrest and detention at the NIA in 2011 were on the orders of former Gambian president Yahya Jammeh.

Manjang was accused of insulting his fellow villagers in Gunjur after his guest preacher spoke against visiting traditional sacred places like Bakau Katchically, Taba Konkorong, Gunjur Kenyekenye among others for prayers.

The Imam said he was tortured and made to undress after he denied insulting anyone. He said he was remanded in a very dirty cell at the NIA.

He said the NIA discovered they were wrongly informed about him. The Imam said he was was arrested by one Numo Kujabi, who reported him to President Jammeh and even told neighbours about his pending arrest before it happened. “The directive did not come from the NIA but from President Jammeh. I was a UDP supporter, and I made it known that I will never attend APRC rallies or be a member of the party,” he said.

“After releasing me on bail, I was asked to report on two occasions and on the third occasion, the NIA told me that they did not find anything wrong with what I was supposed to have done.”

But he added his file was sent to State House, who asked that he be transferred to the drug squad.

He explained that the drug squad allowed him to go home but they later went to his home and conducted a search and further proceeded to Muhammed Lamin Touray, the Supreme Islamic Council President who wrote a letter of recommendation vouching that he did not insult the government.

He said he was also given back his passport after the intervention of one Alagie Conteh.
Oustaz Manjang urged Gambians entrusted with positions to have mercy on their fellow Gambians.

“I still feel pain on my shoulder from my torture by one NIA officer. I never have any other health complications that hampered my work,” he said.
“I have forgiven the person who reported me to President Yahya Jammeh leading to my arrest and detention.”