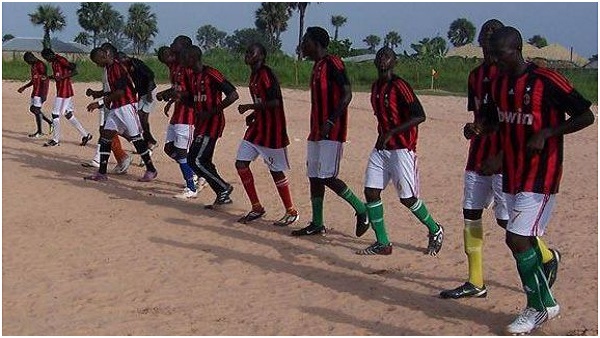 The Banjul Regional Football League, which is the national 3rd division league of the GFF reaches its climax this Saturday with Police FC taking on NAWEC in the final at the King George V (KG5) stadium in Banjul.

The match would determine who earns the right to represent the Banjul region in The Gambia Football Federation (GFF) national third division triangular qualifiers for a place in the domestic second division league.

The qualifiers will bring together all the champions of each of the seven administrative regions to compete for only two places.

Both teams are backed with strong financial muscles from their respective institutions and observers said any of them who survives Saturday’s final could be a potential second division giant next season.

Share
Facebook
Twitter
Pinterest
WhatsApp
Previous articleStatement by the Attorney General and Minister of Justice at his periodic Press Briefing on Tuesday, 7 May 2019 at the AG’s Chambers, Banjul
Next articleJavis Turner elected president of athletics coaches’ association
Join The Conversation