Statement by the Attorney General and Minister of Justice at his periodic Press Briefing on Tuesday, 7 May 2019 at the AG’s Chambers, Banjul 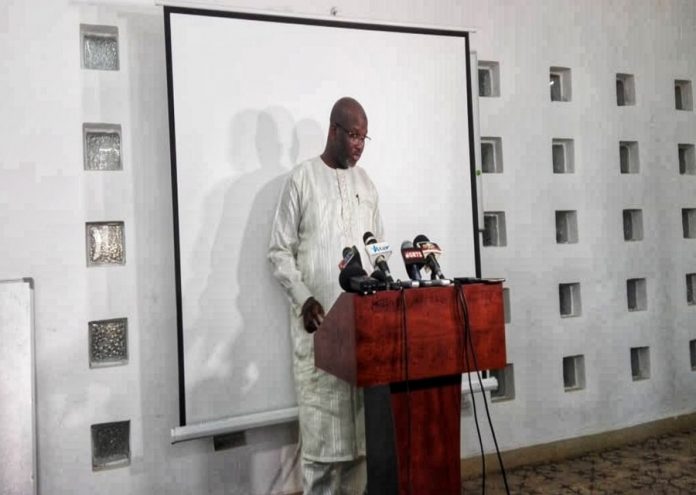 Developments
· TRRC has now commenced public hearings and we will all admit that they are doing remarkably well. It shows the level of planning, organisation and preparation and all the other efforts we have put into the set-up. I am pleased that they have now taken off the ground. The Government, through my Ministry in particular, will continue to provide the required support to them so that they can execute their mandate and attain their objectives in accordance with the TRRC Act.

· The NHRC Commission is also now in place. You would recall that following a very elaborate process, the five Commissioners, under the Chairmanship of Mr Emmanuel Joof, were appointed by His Excellency, the President, following their selection by the National Assembly. I am sure we will hear more about their activities from them soon.
· The Janneh Commission has of course submitted its Report to the President as required by law. The President now has up to six months to either publish the Report or any part of it or not to do so with reasons. I will be in a better position to inform you about this decision hopefully in my next briefing with you.

· In terms of legislative reforms, these will be the focus of my Ministry in the course of this year 2019:
I. On media laws, my Ministry has been working closely with the Ministry of Information and Communication Infrastructure, and Article 19 for a comprehensive reform of the media law regime in the country. These involve the promulgation of a Media Services Act that will consolidate and modernize a variety of currently disparate and often obsolete media related laws such as the Newspaper and Broadcasting Stations Act of 1944, or the Telegraph Stations Act of 1913.

II. We have also embarked on a comprehensive amendment of the Information and Telecommunications Act with the aim of removing all the bad and unconstitutional media laws enacted by the previous administration, and also to provide for laws that will facilitate the exercise of the right to freedom of expression. We are at the final stages of review and I hope very soon the Honourable Minister of Information will present these bills to the National Assembly for enactment. A Freedom of Information Act is also being considered as part of these reforms.

III. On reform of the criminal justice legislative framework, with the support of UNODC and UNDP, and the gracious funding from the Korean International Cooperation Agency (KOICA), a team of local Gambian consultants have now been engaged by the UN following a competitive recruitment process to conduct a holistic review of our criminal laws and procedure.

IV. They are Mr Antouman Gaye, Ms Janet Sallah-Njie, and Mr Gaye Sowe. The aim of this review is to sanitise our criminal justice system by modernising our criminal laws and procedure and bringing them in line with the practice in modern democratic States. They have, in principle, up to the end of this year to complete the exercise.
V. On reform of our electoral laws, we are aware that the ongoing constitutional review process will likely address the fundamental aspects of elections in the country. Notwithstanding, we have initiated the process of electoral reform at the level of legislation with a view primarily to review and amend the Elections Act of 1996 which had its genesis from the Elections Decree No. 78 of 1996, in order to reflect modern democratic practice and ensure a transparent, credible and level playing field for all actors in the political arena.

VI. To this end, I convened a meeting of registered political parties here at the Ministry in February this year as a first step towards a consultative, inclusive and consensus seeking approach. It was agreed that all political parties will conclude internal party consultations on the provisions of the current Elections Act by 31 March 2019; that they should convene under the auspices of the Inter-party Committee to identify common positions by 30 April 2019; and then a final joint workshop will be convened under the auspices of the Ministry of Justice by 31 August 2019 to finalise the process.

· On Prisons, a comprehensive review of the Prisons Act of 1954 is already underway led by the Ministry of Interior and again, with funding from KOICA and in partnership with UNODC. An international consultant is being recruited to assist in this exercise.
· We are now at the final review stage of a strengthened anti-corruption legislation following comments we received from the UNODC. We have also initiated contact and requested the assistance of Parliamentarians for Global Action for the promulgation of an International Crimes Act to include the crimes contained in the Rome Statute of the ICC among others.

Other matters
· On the Agriculture fertilizer case, we have conveyed our opinion to the Police on 26 February recommending that charges be preferred against 3 individuals and that the Police should prosecute the case.
· On the Faraba Banta PIU case, we have reviewed the Commission’s report and concluded that given the entire circumstances of the events, the charge of murder should be substituted with manslaughter. The PIU personnel implicated in the killings will be prosecuted on this basis.

· As many of you may also be aware, I led a delegation to the 64th Ordinary Session of the African Commission on Human and Peoples’ Rights in Egypt where The Gambia formally presented its combined State report on human rights in the country for the first time in 25 years, since 1994. The report was prepared in consultation with government ministries and departments, civil society organizations including national and international NGOs. The report was comprehensive touching on many issues in respect of civil and political rights, and economic, social and cultural rights. We also presented The Gambia’s initial report on the protocol to the African Charter on the rights of women otherwise known as the Maputo protocol.

· The session was a milestone for The Gambia in its historical relation with the African Commission on Human and Peoples’ Rights because finally, after 25 years, The Gambia was able to fulfill a fundamental treaty obligation of submitting our periodic report to the African Commission. It is yet another concrete demonstration of the commitment of this Government to uphold the highest standards of the values enshrined in the African Charter on Human and Peoples’ Rights otherwise known as the Banjul Charter.

· But the occasion also allowed us to reflect on the missed opportunities occasioned by the inexcusable failure to uphold this fundamental treaty obligation and all the attendant consequences in terms of the lack of accountability at the continental level for human rights violations in The Gambia since 1994. It is indeed sad that such an important accountability mechanism was deliberately ignored to the detriment of many in our country.

· In any event, my delegation and I were satisfied with our engagement with the African Commission. They recognised the great strides we have made as a country regarding human rights over the past two years and commended The Gambia for this as well as the fulfillment of its treaty obligations in submitting the report. The Commission also encouraged The Gambia to continue efforts in addressing challenges in some areas of concern to the Commission.

· Finally, I wish to announce that His Excellency, the President, has appointed me as Chair of the Steering Committee of the Security Sector Reform. My role will be to provide strategic leadership to this reform process and to help accelerate it. As you all know, the aim of the Security Sector Reform is to get a security service in The Gambia that reflects the current geographic, political, social and economic realities of our country and which responds to its needs as a modern democratic State.

· Difficult decisions will have to be made but that comes with responsible leadership. The Ecomig forces that are assisting in stabilising our country will not be here forever and so we need to quickly and adequately prepare ourselves for a post Ecomig Gambia in the provision of protection and safety for all Gambians irrespective of tribe, religion or ethnicity.

· I will of course be working very closely with and will be counting on the support of the Office of National Security Adviser, all service chiefs and other local and international partners to move this delicate but important process forward in a meaningful way.
I thank you all.

We, the undersigned Citizens of the Gambia, hereby express with grave concern the death by shooting of a compatriot Momodou Lamin Sisay by the...
Read more
Statement

A joint media statement by Hon. Amie Fabureh, Minister of Agriculture of The Gambia and MsMoshibudiRampedi, FAO Country Representative on food security...

Ministers for Agriculture of the African Union (AU) Member States and their key partners held a virtual meeting on the impact of COVID-19 on...
Read more
- Advertisment -