PPP leader rates Barrow 7 out of 10 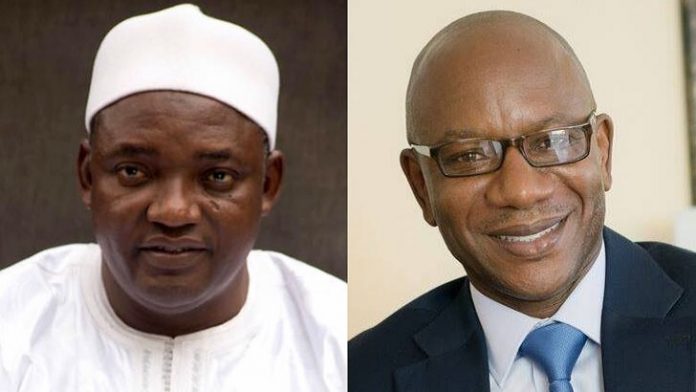 The leader of the People’s Progressive Party, Papa Njie has rated president Adama Barrow’s administration seven out of ten.

Njie was speaking to journalists yesterday at Serekunda East mini-stadium as he presented sporting gears donated by Ponbibentiamauri, a Polish NGO to schools within the Greater Banjul Area.

“Six months ago I did a similar interview where I rated President Barrow’s performance to be 5 but now it can be put at 7,” he said.

Mr Njie said most of the promises President Barrow made have not been fulfilled, though progress is being made in the transitional justice such as the TRRC, CRC and most recently a formula for the security reform policy.

The PPP leader further went on to indicate that leadership is a continuous process and one can hardly complete all one’s plans or the entire desire of a country at one time.

“It is like where one stops, the next one takes over and completes whatever is left,” he said.

However Mr Njie said the issue as to whether Barrow should respect the 3 years MoU or 5 years is not very important to him because what Gambians need is for everything to be based on national interest and not the interest of politicians or political parties.

“You see the way forward for Gambians is to emerge from narrow partisan interest and embrace the national interest,” Mr Njie said.

The PPP leader said his party has strong tradition of good relations with the Gambian people and gradually its programmes will be noticed.

“We are not in government now on our own, so we may not have the wherewithal to practicalise our policies but we are as relevant today as during our time in office,” he said.

Mr Njie defended the PPP’s record in office which he said included building professional foundations and institutions operating on principles of democracy and good governance that everybody is today appreciating.

“Until 1994 the Gambia has always been democratic,”he noted.

Marek Fekowski, the president of the Poland NGO, explained that the aim of his project targeting the Gambia is to create scholarship for Gambian students.

The project is also focusing in sports.

The beneficiary schools are Bakoteh Lower Basic, Covenant Junior, LK school and others.