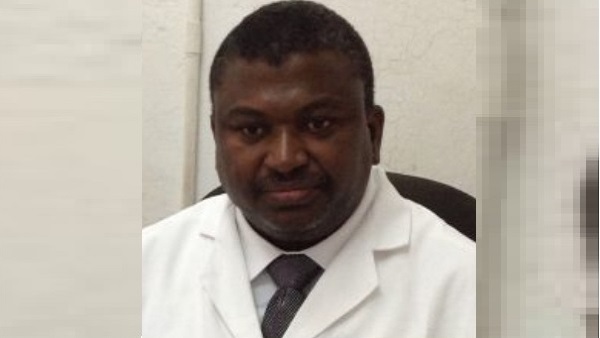 STATEHOUSE, BANJUL, 27th MARCH 2019 – His Excellency, Mr. Adama Barrow, President of the Republic of The Gambia, acting under the provision of section 71(3) of the 1997 Constitution of the Republic of The Gambia, has appointed Dr. Ahmadou Lamin Samateh as the Minister of Health, and Mrs. Amie Fabureh as the Minister of Agriculture with effect from Wednesday, 27th March 2019.

Both appointees are hardcore technocrats who have risen through the ranks over the years in their respective areas of profession.
Dr. Ahmadou Lamin Samateh, forty-seven (47) years old, until his appointment, was the Chief Medical Director of the Edward Francis Small Teaching Hospital in Banjul, where he had been working since 2002. He served as a Senior Consultant General Surgeon and Head of Department of Surgery at the same hospital. He is also a Senior Lecturer in Surgery at the School Medicine and Allied Health Sciences, University of The Gambia. Dr. Samateh is a member of many professional bodies including The Gambia Medical and Dental Council, The Gambia Government and Medical Research Council Joint Ethical Committee.
Dr. Samateh holds a Master’s degree in Health Planning and Management (MHPM) and a double degree in Medicine and Surgery (MBBS). He is also a Fellow of the West African College of Surgeons (FWACS).

Similarly, Mrs. Amie Fabureh, aged forty-nine (49), has been working at the Ministry of Agriculture for over three decades. She has worked extensively in different parts of the country in various capacities. In 2007, she rose to the rank of Training Officer at the Department of Extension Services (DES) of the National Agricultural Development Agency until 2009, when she became the Deputy Director, Horticulture Technical Services – a position she held for eight years. Since 2017, Mrs. Amie Fabureh has been working as the Director of Horticulture Technical Services until her appointed as the Minister of Agriculture.
Mrs. Fabureh holds a Master’s Degree in Horticulture from the University of Reading, United Kingdom in 2008. She also holds a Post Graduate Diploma in Gender and Development from the Management Development Institute, The Gambia, and several professional certificates in agriculture related fields.
End