Regarding Yanks Dabo and the 3 Years Jotna Movement 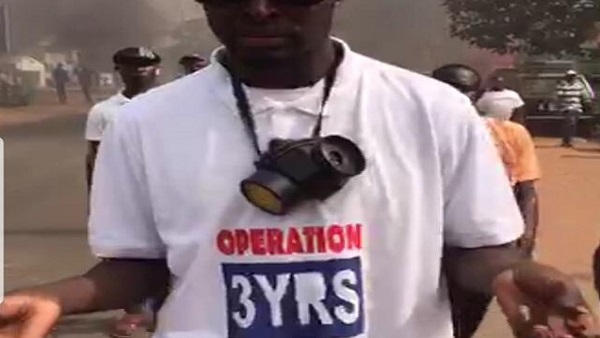 If you do not speak for your persecuted political opponents? – ?by the time the state comes for you – ?there won’t be anyone around to speak for you

In the winter of 2016, a few weeks before the presidential election in The Gambia, a group of Gambian scholars and activists converged at DeMontfort University, in England’s East Midlands?—?Leicester?—?to discuss global and Gambian issues including, but not limited to, the criminalisation of dissent in Jammeh’s Gambia and the coalition’s chances of unseating Jammeh.

At this summit, I met a Gambian lawyer by the name of Yankuba Darboe. He was one of the speakers at the summit. Man, he was passionate, committed and unrelenting in his quest for change in The Gambia. In addition, Yankuba was very generous with his time and resources. Given that a good many of us were visiting from the States or other European countries, Yankuba offered to be our personal driver, taking us to various spots across Leicester. He also offered to ferry several attendees to and from the airport and, if my memory serves me right, he even hosted some of the presenters. We struck a friendship; we would chat on Facebook and WhatsApp whenever time allows.

Interestingly, some of Yankuba’s politics differ from my outlook on politics, but these differences never come up in our personal conversations. We respect each other to the hilt. The beauty of democracy is that people who hold different outlooks on politics can strike friendships and remain cordial. Yankuba is my friend, my countryman, whom I have the highest regard for.

Notwithstanding, I have heard the argument that Yankuba was against 3 Years Jotna before he was for it. I hear you. I cannot speak for Yankuba. But, what I can speak to and do know is that Yankuba and the 3 Years Jotna folks should not have been arrested in the first place and all charges against them should be dropped?—?NOW. If we normalise such actions by the state, where the civil liberties of dissenters or folks we disagree with are silenced, then we are, in essence, en route to another dictatorship.

You don’t have to be a proponent of the 3 Years Jotna movement to defend their rights to assemble and challenge their state. They have every right to exist. We don’t want to create another behemoth by giving the powers-that-be, unchecked powers to ban dissent in The Gambia. That’s an affront to democracy. It’s a slippery slope to another untenable mess.
Essentially, in a good many of my articles, I have contended that states, in all forms, are amoral. States are brutal. In the name of national interest and law and order, the state would kill, lock up, frustrate opponents just to maintain the state. Mind you, the state decides what is in the country’s interest. Because, you see, the main goal of the state is to maintain the state?—?whatever the hell that means.

At first blush, one would think that Barrow and his cabal aiders and abettors would learn from our recent past and adhere to the maxim of “Never Again”.
Sadly, it seems like Barrow is perfecting the art of political persecution. The fact that the 3 Years Jotna leaders were remanded in that cesspool called Mile 2 for weeks?—?highlights to all and sundry that Barrow and his stooges, just like Jammeh, are using the muscle, might, and weight of the state?—?the legal system?—?to frustrate, destroy, and muffle any kind of dissent.

Consequently, Barrow is banking on our collective amnesia?—?the collective enterprise that is national forgetting?—?knowing well that our quest for justice is for the most part, stunted by our want of stamina. Just like his fictive commissions, Barrow, in the case of the charged 3 Years Jotna leaders, in my view, is trying to push the 3 Years Jotna issue to the margins?—?to make it into a niche issue?—?relying on our stamina to pursue justice and our collective amnesia. This is a tactic to deter others from challenging his inept administration. The tactic has worked for now?—?because instead of discussing the three years coalition agreement, Barrow’s fecklessness, and how the state has banned major dissenting voices?—?the conversation has been shifted to freeing the dissenters. It’s shamelessly conniving.

To that end, if you don’t speak for Yankuba and the myriad of victims of the Barrow administration because their politics are not in alignment with yours?—?by the time the state comes for you?—?there won’t be anyone around to speak for you.

- Advertisement -
Share
Facebook
Twitter
Pinterest
WhatsApp
Previous articleThe speeches on July 22, 1994 and the scramble for power by key officers
Next articleThe meaning of the illegal closure and opening of the radio stations
Join The Conversation 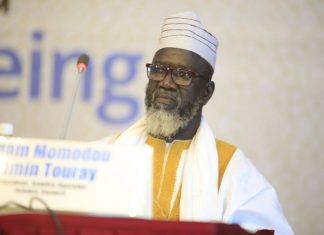 October 30, 2020
By Aisha Tamba The Supreme Islamic Council yesterday issued a statement calling on all Muslims in The Gambia to boycott all French goods being sold...