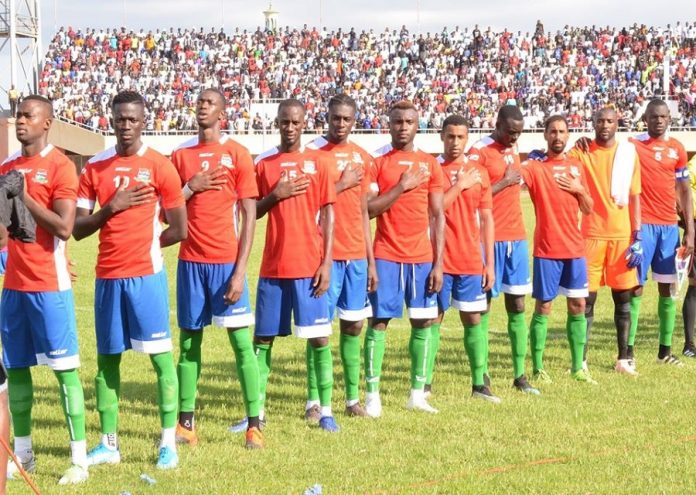 With the reality of the dangers surrounding the Covid-19 outbreak finally hitting home, it has become everyone’s business to do whatever little they can to curb the spread of this pandemic virus and the Gambia’s senior team members have joined the call through video messages circulating on social media platforms.

The messages were recorded in some of the major languages spoken in the Gambia, including English, Mandinka and Wollof, asking Gambians to follow advice and guidelines given to combat the spread of the pandemic .

The national team captain Pa Modou Jagne of FC Zurich, urged all Gambians to wash their hands with soap and avoid touching their faces especially their mouth and nose, to cover when they sneeze and to avoid large group gatherings.

His deputy, Omar Colley, OJ who was in the past reported to have contracted the virus, which he denied,said they are sending love and encouragement to the Gambian nation, who have now reported its fourth (4th) case this week. The country also recorded one fatality so far, a Bangladeshi man reported to be in his 70s.

“Fellow Gambians, with the Gambia reporting it’s first Covid-19 known as the Coronavirus, we are all sad and heartbroken about the news and we are therefore sending our message of love, faith and encouragement,” said the Sampdoria defender.
His former Scorpion teammate, Mamadou Futty Danso also called on all Gambians to work with the government and listen to their directives.
“As a nation let us work with the government, listen to their advice and directives,” said Mr Danso.

“We pray and urge every individual to stay calm, united and exercise self isolation as much as possible. Stay away from public and stay away from big gatherings.,” he continued
Danso said ”our character, togetherness and resilience have seen us through a lot of challenges in the history of this country and together with the same determination there is no doubt we can stop the spread of this virus in our country.”

Gambian goalkeeper Alagie Modou Jobe, who currently plays in Saudi Arabia for FC Jeddah, urged everyone to follow the basic guidelines given globally to combat the spread of Covid-19.

“Am sure we’ve all heard about the spread of this disease, Coronavirus, which is causing a lot of troubles around the world,” said Jobe.
“The fight against this disease requires us to follow certain guidelines, which are not difficult to follow, and among them is to wash your hands with soap regularly, try and avoid shaking hands and also avoid large gatherings.
“We also try social distancing and cover our mouths when coughing. If we do this, together we can defeat this virus.”

Midfielder Mustafa Carayol also urged people to avoid socialising and stay safe.
“I just want to ask you guys to keep washing your hands and avoid socialising as much as you can. Keep your family safe and stop this virus from spreading.
“I know you are doing great over there.”

The former Ipswich winger also urged those with any signs or symptoms to call the 1025 helpline. “The guys over there are working to provide you with as much information as possible,” he added.

Another Scorpion midfielder Ebrima Sohna, who currently plays for Maltese side Mosta FC, also added his voice to the rallying call in the fight against the spread of this killer virus.
“As players of the Gambia national team, we are ready to support the government and the health authorities to combat this disease and thank you all from the national team players,” said Sohna, who was named in the 35-man squadreleased by Gambian coach Tom Saintfiet for the now postponed African Cup of Nations qualifiers against Gabon.

- Advertisement -
Share
Facebook
Twitter
Pinterest
WhatsApp
Previous articleThe US attacks on Huawei are not effective and will, in the long run, prove futile part 5
Next articleRawdatul Majaalis urges Muslims to respect ban on congregations
Join The Conversation