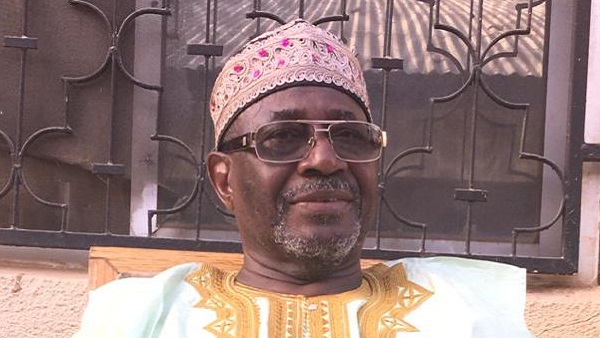 Today the entire world is concerned about the pandemic of coronavirus. It is an infectious disease caused by a newly discovered virus.
The novel Coronavirus outbreak was first documented in Wuhan, Hubei Province, China in December 2019. As we write, it has now been confirmed on six continents and in more than 100 countries. Hence it is threatening the very existence of the human race. The virus gave rise to so much scientific and nonscientific controversy between those who believe it is real and the doubting Thomas’s who say it kills and those saying it does not. Indeed a degree of confusion has been created in certain quarters. Some people even claim that the virus was invented by the West in order to undermine the Chinese economy.

However, the chain of events proves that covid-19 is real and undisputable. We all have now realized that the spread of the virus is on the increase day in day out across the globe. At the beginning, quite a number of nations around the world did not take the matter with the seriousness it deserves. But when it started to spread early this year, it has become clear to everyone that it Is a dangerous disease and every nation in the world began to take not only curative but also drastic preventive measures to minimize or stop altogether the spread of the virus. With regard to the Gambia, His Excellency President Adama Barrow, the President of the Republic of The Gambia has addressed the Gambia people on the measures taken by his Government to combat the pandemic.

Internally, a ban is imposed on all public gatherings of more than 10 people at a time. These include places of worship such as mosques and churches which are closed. The number of attendees of funerals, naming ceremonies, marriages, weddings, charity giving (munkulalu), shall not be more than 10 people. Bars, nightclubs, restaurants, gym centers, sports, stores of non-basic commodities and markets among others are closed.
Externally, Banjul International Airport at Yundum, West Coast Region, the Air, sea and land borders have all been closed to international travelers.

With regard to the closure of the mosques, which has been a very sensitive issue to the Gambian Muslims, Majmouat Rawdatul Majalis based on the injunctions of the Holy Quran, the Sunnah and the consensus of the Islamic scholars has announced its approval of their temporary closure for Jumu’ah prayers. Historically, similar measures had been taken by companions of Prophet Muhammad (SAW) when faced by situations similar to the present day one.

It is narrated that Caliph Umar Bun Khattab in his attempt to conquer Levent (Sham) was informed that there existed in that land a pandemic and was advised not to proceed in order to avoid the danger of his army being infected. A Companion named Abu Ubaida wondered why the Caliph Umar Bun Khattab would try to escape the divine fate, then the Caliph responded by saying: yes, I am escaping from the divine will to the divine will. To substantiate his position, another companion called Abdul Rahman Bun Auf narrated that the Prophet Muhammad (SAW) was reported as saying: ”If a pandemic befalls a land, the citizens of that land should stay home but the outsiders also should not enter that land”. In light of the current situation in the world, we know that countries of different political, social and theological systems have taken all appropriate preventive measures to stop the spread of the virus from the Chinese, other Asians, Europeans to the Americans.

They have all closed their Air, Sea and Land boundaries. They shut down stores, halls of entertainments, Casinos, Bars, Nightclubs and places of worship with the exception of stores of basic commodities for the survival and continuity of the lives of their citizens. The measures of shutting down mosques have been taken by almost 80% of the Muslim and the Arab world. The Kingdom of Saudi Arabia is no exception to this rule. The two Holy Harams in Makkah and Madinah including the other mosques in the Kingdom of Saudi Arabia have all been shut down. The closure of Al-Kabbah to the pilgrims and Umrah makers has taken place at various times and in various situations in the past.

The latest of which was 1979/80 when Rebels from Eastern part of the Kingdom of Saudi Arabia invaded the Haram and took control of it for at least a couple of weeks. The Kaabah was only rescued from the Rebels through a foreign help. The Haram was also once inundated by flood where none had access to the Holy Kaabah until the flood subsided after several days. The Kaabah was also invaded by an Iraqi ruler called Hajjaji bun Yusuph during the Ummayyad Khilaphat. The Governor of Makkah during the invasion was Abdullah Bun Zubair who was eventually killed in the battle. Reference should be made to a recent statement made by Sheriff Muhammad Nano Hydara, the Second Vice President of Rawdatul Majaalis and the new President of the Gambia Supreme Islamic Council in which he included a lengthy narrative about the History of the closure of the Holy Kabbah to the pilgrims and the Umrah makers. With specific reference to the suspension of the Jumu’ah prayer in the Gambia, RawdatulMajaalis also leans on the Prophetic Hadith to the effect that Jumu’ah prayer is obligatory upon every Muslim and no excuse shall be accepted except for reasons of disease or fear. And in this regard, both disease and fear have prominently been manifested in the current global situation involving the spread of the killer disease. Therefore, any comparison between the temporary closure of the Mosques for Jumu’ah prayer and the shutdown of markets is irrelevant, simply because those frequenting markets are mostly doing so in search for means of their survival and you can only think of engaging in worship inside a mosque when you are not in a state of hunger or starvation.

For this reason and the others advanced herein above, MajmouatRawdatulMajaalis hereby declares its unqualified support of the decision of the government and the health authorities of the Republic of the Gambia to temporarily shut down mosques for Jumu’ah and other congregational prayers.

It equally lays emphasis on the need to comply with the health advice which includes: washing hands, staying home, keeping children at home, avoiding unnecessary gatherings, avoiding frequent handshakes, etc. As you enter your home, wash your hands, limit the number of outside visitors, keep your clothes, your body and place of stay clean, stop touching your nose, mouth and eyes, etc., then put your trust in Allah SWT. Allah SWT says do not kill yourselves, for Allah is Merciful for you. And He SWT also says do not indulge in an act of self-destruction.

We pray to Allah SWT to terminate this calamity and protect all of us from being infected by this horrible virus here in the Gambia and elsewhere in the world.
A’ameen.
Baba Abubakar Drammeh
President, Rawadatul Majaalis